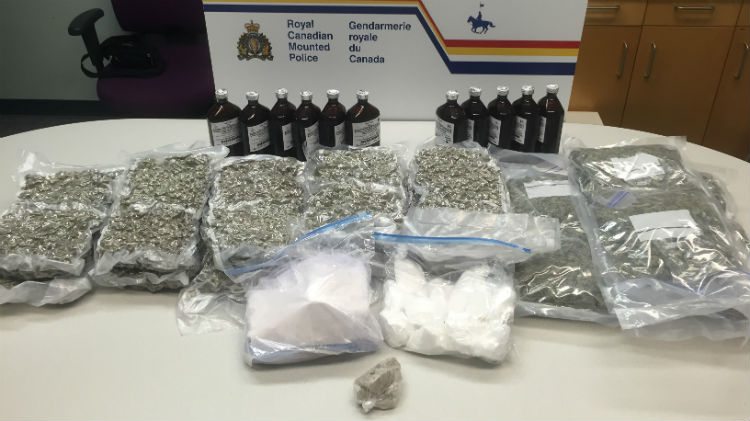 Significant quantities of marijuana, cocaine and MDMA were seized during separate drug raids in Yellowknife and Fort Providence last week.

On Friday afternoon, Yellowknife RCMP executed a search warrant at a residence on Hamilton Drive where they arrested six adults and one youth.

Altogether, police say they located and seized approximately 907 grams of marijuana, 177 grams of crack cocaine and in excess of $6,000 cash.

Quinn Beaver, 21, and Shermarke Abdi, 24, of Edmonton, Alta., Ambrose Jobin, 51, of Yellowknife and one youth are charged with possession for the purpose of trafficking and possession of the proceeds of crime.

On that same day, RCMP in Fort Providence seized 5.4 kilograms of weed, 1.7 kilograms of cocaine, five litres of liquid codeine and 85 grams of a substance believed to be MDMA during a checkstop.

Mary Anne Lafferty, 55, and Vitaline Lafferty, 77, have been charged with possession for the purpose of trafficking. A 2014 Ford Escape was also seized and is subject to forfeiture.