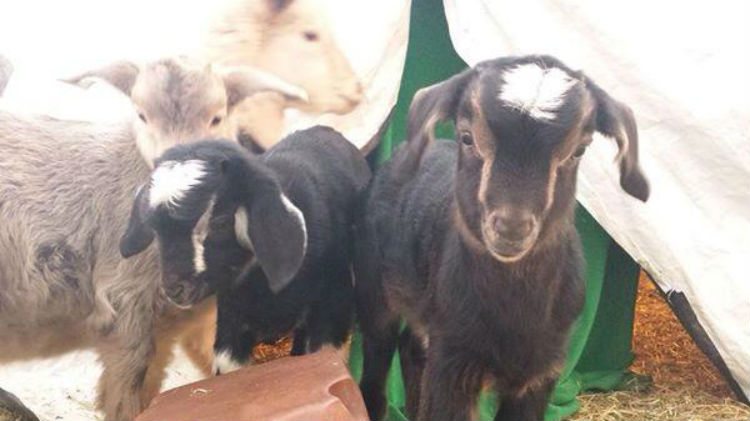 An unlikely partnership has been formed between Yellowknife’s brewpub and the Northern Farm Training Institute (NFTI).

In an effort to reduce waste, the NWT Brewing Company has started sending its spent grains down to the farm as feed.

“The spent mash is a very high-quality feed for animals because the protein is concentrated and the vitamins and minerals are there.

“It’s a liability for [the brewpub] and it’s an asset for us. This is a way of reconnecting the local food loops.”‘

Milne says the partnership was formed during a recent trip to Yellowknife. Originally she wondered if the farm could grow hops for the brewpub.

But then she was approached by Fletcher Stevens, owner/operator of the brewpub, who proposed something different.

“It was a very organic sort of meeting,” said Milne. “[Stevens] started to explain the challenge and difficulty of dealing with the spent mash.

“He said they could compost it or take it to the landfill but that it would be served better if it was fed to animals.

“It’d be really interesting to see how many animals we could feed in all our northern communities just based on the waste stream.”

The Hay River farm is home to a wide variety of sheep, cows, goats and pigs with more on the way. Milne says all of them can’t seem to get enough of their new feed.

So far, a few hundred pounds of spent grains have made their way to the farm. Milne hopes to stock up on grains from the brewpub every couple of weeks.