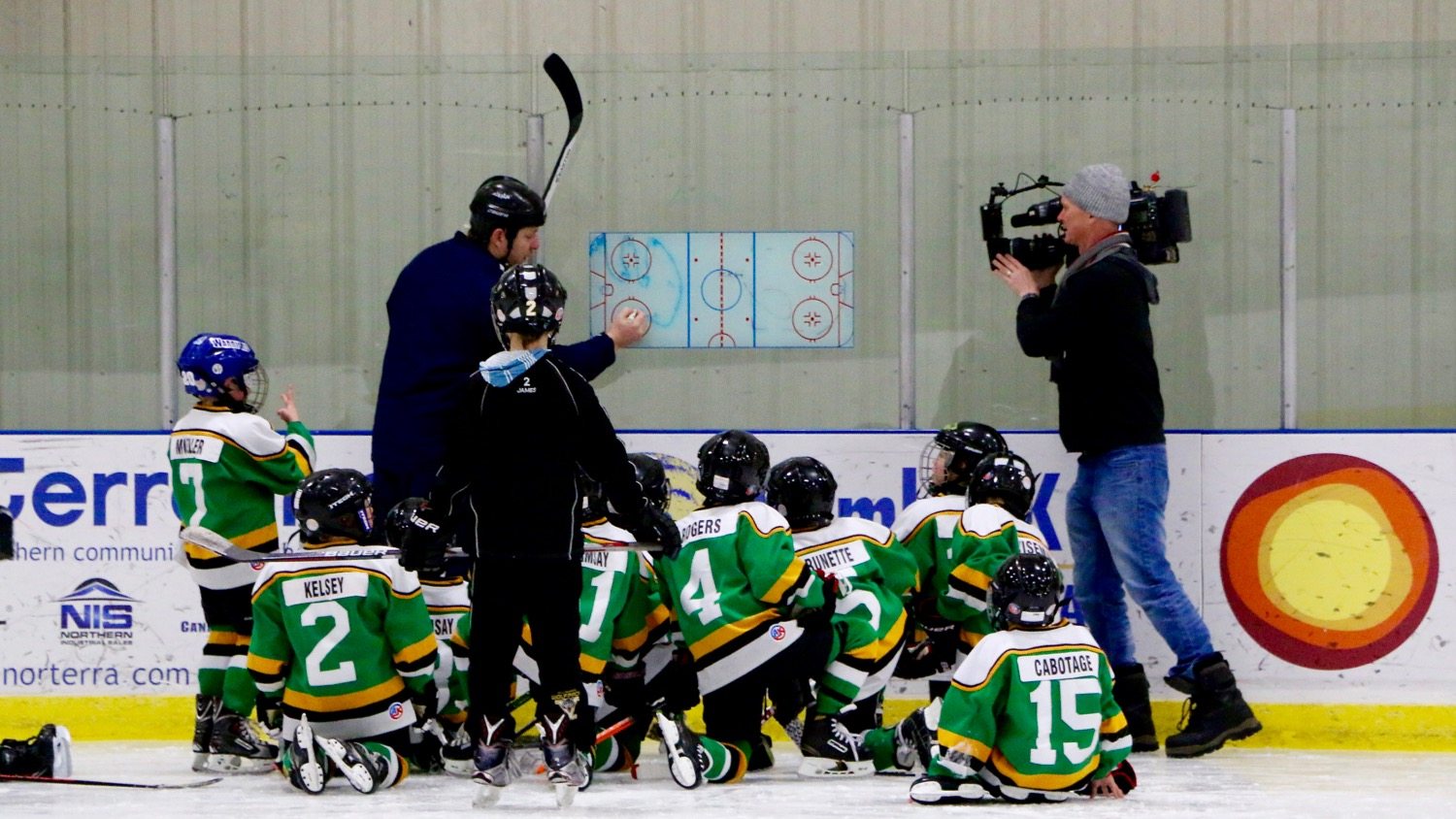 Hockey Day in Canada’s cameras came to Yellowknife on Saturday.

While the bulk of the annual show came from Kamloops, segments throughout the day were aired from Yellowknife’s Ed Jeske arena, where young players took part in training drills for the camera.

“It’s awesome. The kids are having a great time and that’s what it’s really all about,” Steve Thompson, president of the Yellowknife Minor Hockey Association, told Moose FM after taping a TV interview.

“It’s great that Hockey Night in Canada chose us as a satellite location.”

According to Thompson, Yellowknife minor hockey boasts around 460 members.

He told Hockey Day in Canada’s national TV audience about “the transient community that we are here in Yellowknife and the friendships that the kids get to grow while they’re playing hockey”.

Thompson added: “Kids come into town and one of the first things they do is step onto the ice, before they go in a classroom. Those friendships are the ones that last forever.”