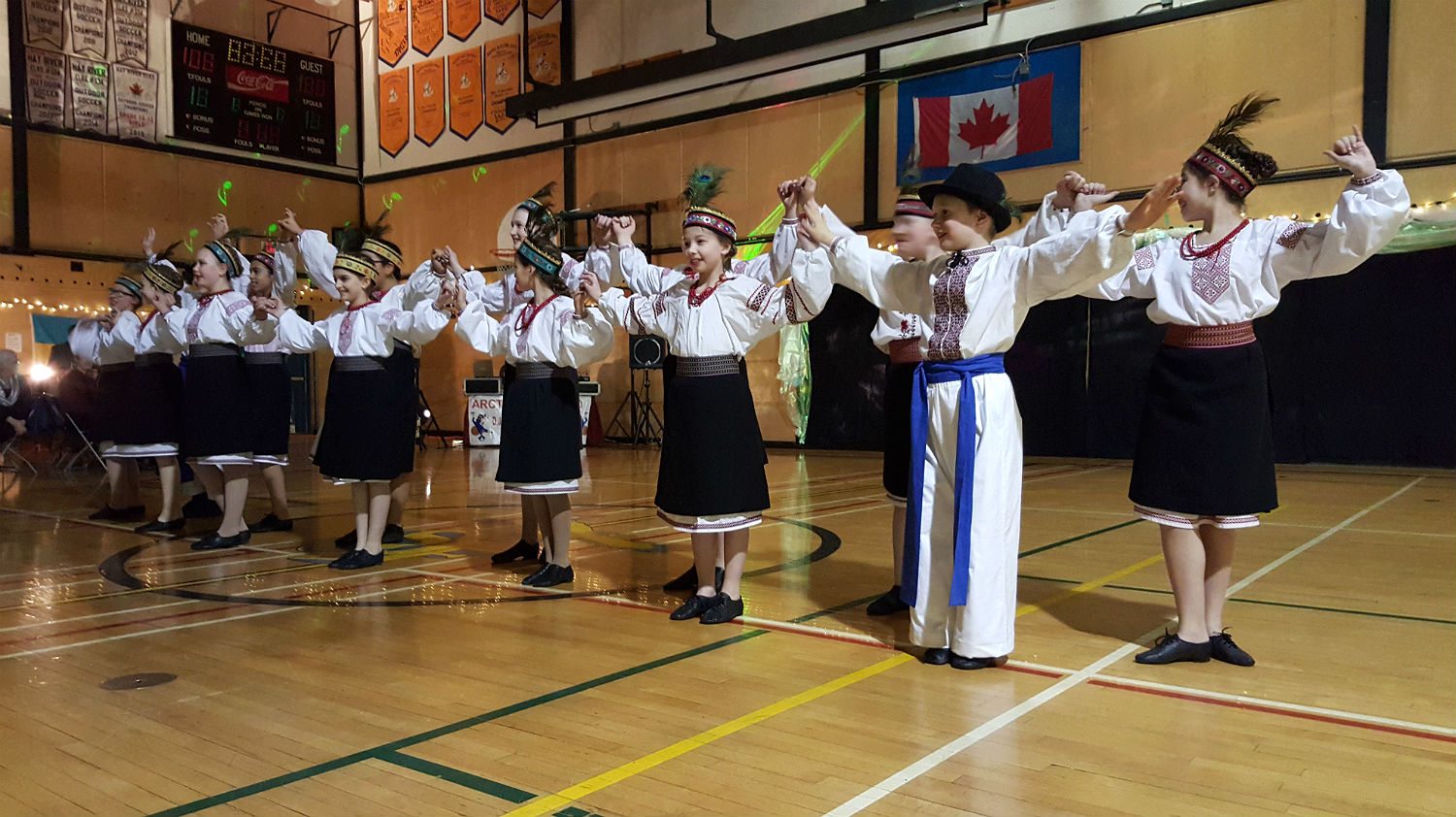 Hundreds of people packed into Sir John Franklin High School’s gym on Saturday to welcome in the Ukrainian New Year.

Malanka, traditionally celebrated in mid-January in accordance with the Julian calendar, is a centuries-old festival of food and dancing with decades of history even in Yellowknife.

Lead dance instructor Donna-Marie Ouellette says Ukrainian food and dance in the city dates back to at least the 1970s, when her mother founded the dance group.

“We moved up from Manitoba in 1978 and I was a six-year-old at that point,” Ouellette told Moose FM. “We had all been dancing in Winnipeg, we moved to the North and my mother decided to keep it going.”

With a dance group in place, the annual tradition of celebrating Malanka soon followed. The dinner has been held annually in Yellowknife for almost 30 years, with more than 300 people picking up $50 tickets for this year’s event.

“I think we’ll have 320 guests. It’ll be huge, it’ll be fun,” said Trish Graham, president of the city’s Ukrainian association, as volunteers put out dozens of chairs and tables on Saturday morning.

“We’ve had some slow years but lately it’s been quite popular. I wonder how many are Ukrainian but they all like to come out and dance and have the food.”

Ouellette runs the city’s Ukrainian dance group with five helpers. Performers on Saturday ranged in age from five to 22.

Describing Ukrainian dance, however, seems to take as much skill as the dance itself. “How do you dance? There are many regions of the Ukraine. Tonight you’re going to see three of them,” said Ouellette. “Each one differs, each has its own style.”

Almost as much fun as the food. For most of the past decade, Yellowknife’s Malanka organizers have flown a specialist caterer from Edmonton to take care of traditional Ukrainian fare for hundreds of guests.

The overwhelming favourite? Perogies. It’s just a question of the filling.

“I like the sauerkraut ones,” Graham confessed. “They’re my favourites. Always have been.”

If you missed Malanka, there’s still a big chance to see Yellowknife’s Ukrainian dancers coming up.

Their end-of-year show takes place at the Northern Arts and Cultural Centre on February 12 and 13.