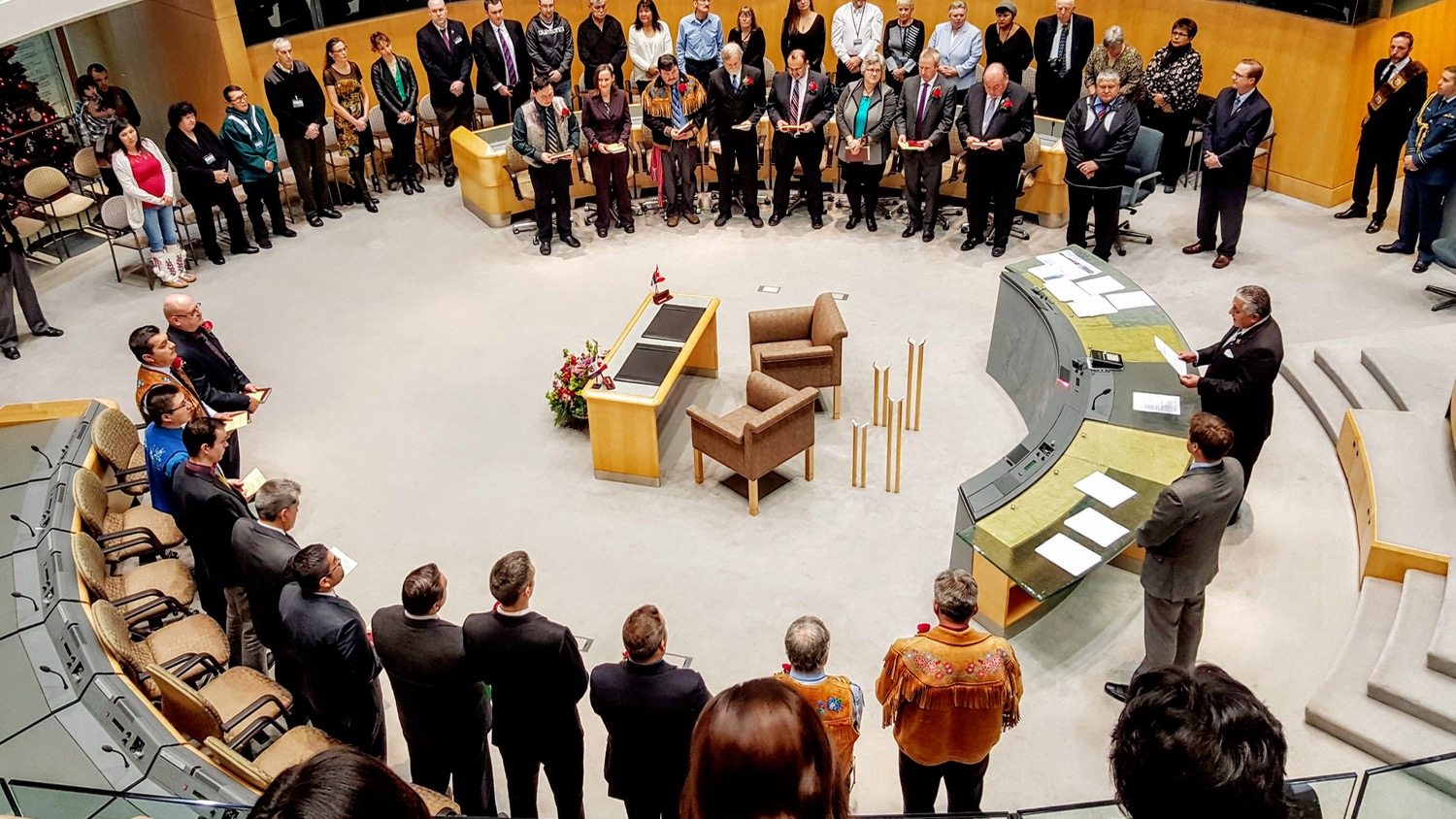 Newly elected MLAs say they’ll rely on public input to help them decide who should be the next Premier of the Northwest Territories.

In a change to the usual procedure, MLAs have opted for a week’s pause in between the speeches of candidates Glen Abernethy and Bob McLeod and the secret ballot itself, next Wednesday.

That gives members time to seek the views of constituents before casting their vote.

“It’ll be incumbent on me to get some feedback, put that into my decision-making process and then I’ll be prepared on the 16th,” Yellowknife North MLA Cory Vanthuyne told Moose FM.

Asked if he had any preference so far, Vanthuyne said: “I do not. It’s a blank slate.”

Kieron Testart, MLA for Kam Lake, said it was a “huge achievement” to change the process and allow members a week to hear feedback from residents.

“For me it’s all about how the government functions,” he said. “Ultimately, it’s going to be the candidate who can deliver open and accountable government. That’s what I’m looking for from the Premier.”

Shane Thompson is the newly installed MLA for Nahendeh, replacing Kevin Menicoche. He’s looking to hear more from the candidates about their approach to the territory’s smaller communities.

“It’s going to be an interesting next week as we develop our questions and make our decisions. It gives our communities and the NWT an opportunity,” said Thompson.

“We’ve been hearing a lot of stuff behind the room and out here today. It’s been positive,” he added – though Thompson said behind-the-scenes wheeling and dealing has so far been minimal.

“It’s basically what you heard there,” he said after Wednesday’s speeches. “They were upfront and honest here.

“It was nice, it was refreshing. They didn’t say anything they weren’t saying behind the scenes.”

Glen Abernethy: ‘My cabinet will get out and talk to people’

Bob McLeod: ‘I am an agent of change for the NWT’

Tom Beaulieu could have represented a voice for smaller communities had he chosen to take part in the race to become Premier.

Beaulieu, a cabinet minister during Bob McLeod’s first term, had been expected to put his name forward – but ultimately chose not to go ahead.

“I looked at the current situation in the NWT. I had lots of discussions with my own constituents. My constituents and I together, as a group, felt that maybe this was not the right time for me to move forward as Premier,” Beaulieu told Moose FM.

“My constituents don’t know Glen as well as they know Bob. Some people said they wanted me to run for Premier, others said they didn’t, but they didn’t really specify who their preference was.

“A lot of the real issues that we’re facing, and a lot of what I heard in the small communities during my time working with these two gentlemen, I’ve relayed to them. They’re both on the mark on what needs to be done.”