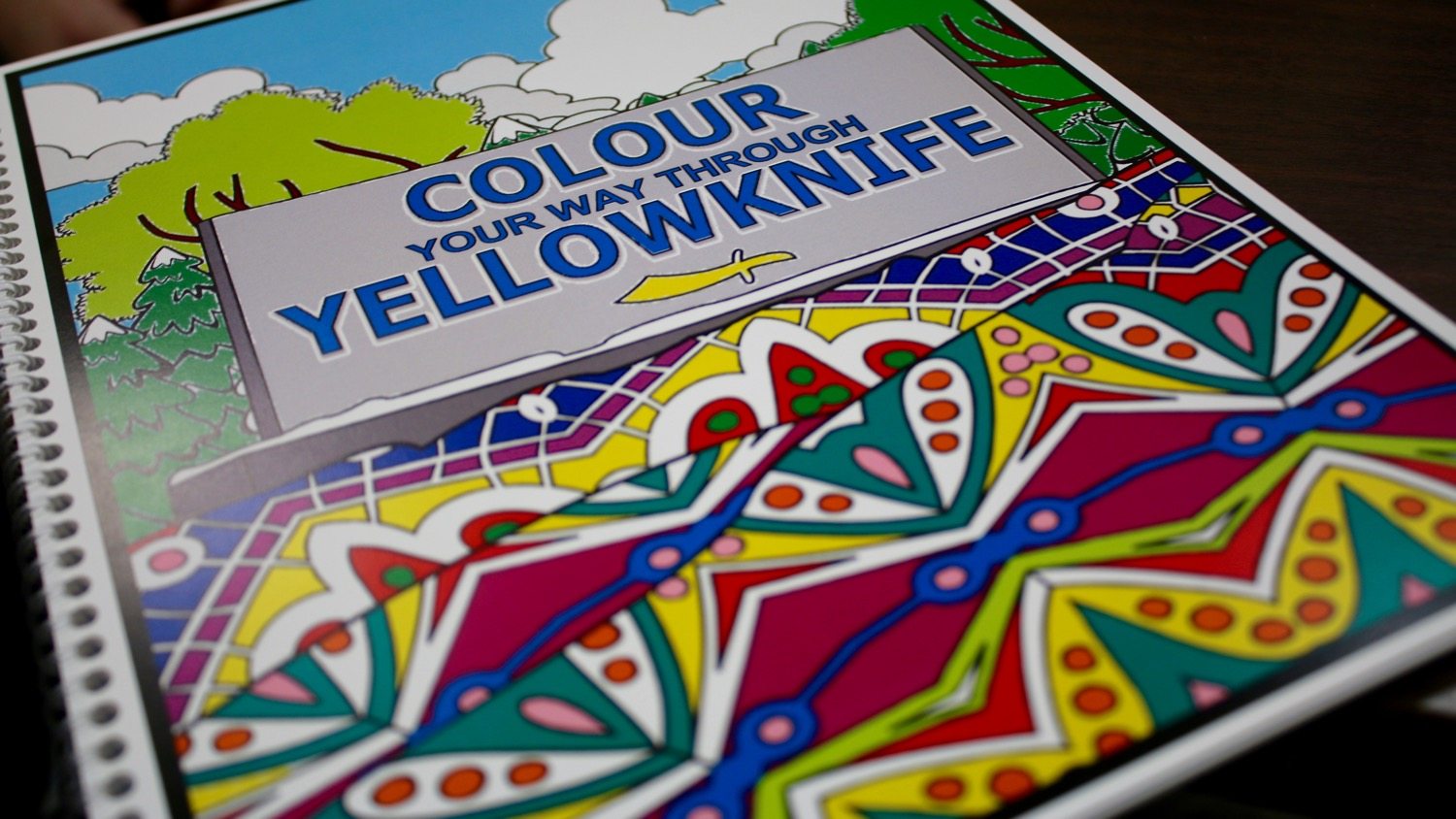 Colouring books are no longer the sole domain of children – as proved by the popularity of a new Yellowknife book aimed at adults.

Elizabeth Purchase has barely been able to keep up with demand since her book, Colour Your Way Through Yellowknife, was first published.

It was supposed to be a gift for a friend. Instead, hundreds of copies have now been sold in the run-up to Christmas.

If you’d like a copy, you can pick one up from Sutherland Drugs, the Book Cellar or the Baker Centre craft sale on Saturday.

We asked Elizabeth to tell us more about her colouring book for grown-ups.

The idea came from a family friend.

She fell in love with colouring and really wanted a colouring book, but couldn’t find any for adults in Yellowknife. I had some connections with illustrators for my children’s book so I said I’d create her one. Why not?

It snowballed from there – everybody wanted one.

I printed about five for family and friends, then people saw them and wanted them, so I printed a hundred. Within a day they were all sold out, so I ordered 200 more. Now those are all pre-ordered and gone so I have another 200 coming in, and most of those are pre-ordered and sold as well – so I’m looking at doing another printing.

The response has been so positive. Everybody loves them and it seems to have filled this hole: it’s local, it’s created here and printed here, it’s images of landmarks here in Yellowknife as well as images that just make you ‘feel’ Yellowknife.

There is definitely a target audience of adults. The adult colouring-book genre is doing really well – the stress relief that adults are finding while colouring is just amazing. Some young adults are enjoying it as well and some people are buying it for their children for the future.

I had a father buy a couple – he’s moving out of Yellowknife soon, so he bought the books for his daughters. When they grow up, they can see Yellowknife when they were little.

My plan is to follow this up with a North of 60 colouring book. I’m already looking at different photos from Iqaluit, Whitehorse, Inuvik, Dawson and a bunch of other different communities.

I also have a children’s book coming out this week – Charlie Meets Santa, based on my dachshund Charlie and the mischief he gets into on Christmas Eve.