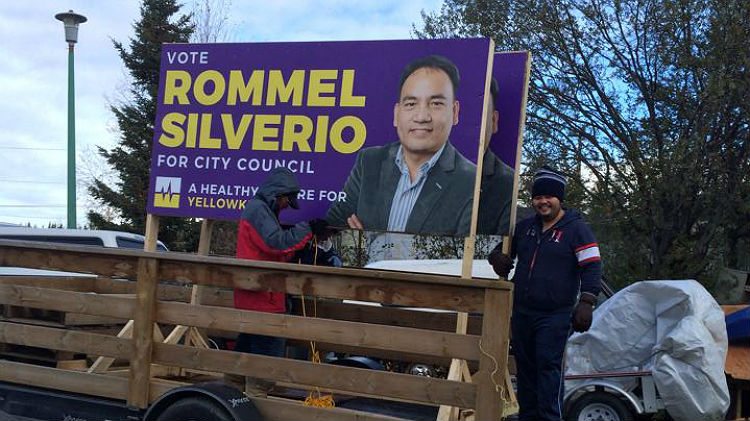 IserveU, a Yellowknife non-profit which has spent a year or more finessing its product, considers Silverio’s election – on a mandate to obey the orders of online voters – to be groundbreaking on a global scale.

“I’m excited. I’ve always told people when I went door-to-door: I want their input, their engagement. I want more of what Yellowknife thinks and I will carry that to council,” Silverio told Moose FM.

“Number one is engagement. Even with one candidate elected, I think Yellowknife is ready for a change. They want to be in charge. They want to have more say on what is happening in City Hall.”

Under the terms of his agreement with IserveU, Silverio is now bound to abide by residents’ online votes on issues which come before council. Where only a small number of residents vote, Silverio will be entitled to exercise his own judgment, but he must follow the online vote when engagement passes a threshold set by IserveU.

IserveU’s online platform – which is open-source code, enabling others to copy it for free – had not gone live by the end of election day. IserveU says more than a thousand people have signed up to be notified when the system is activated, though there’s no way of telling how many of those will use the system on a regular basis.

Two other candidates standing on the IserveU platform – Marie-Soleil Lacoursiere and Dane Mason, a central figure in IserveU’s campaign – failed to gain election. Mason had pledged to donate his councillor’s salary to charity if elected.

One incumbent, Phil Moon Son, failed to gain re-election. Three vacancies were created by the decision of Cory Vanthuyne and Dan Wong to seek election as MLAs next month, plus the retirement from council of Bob Brooks.