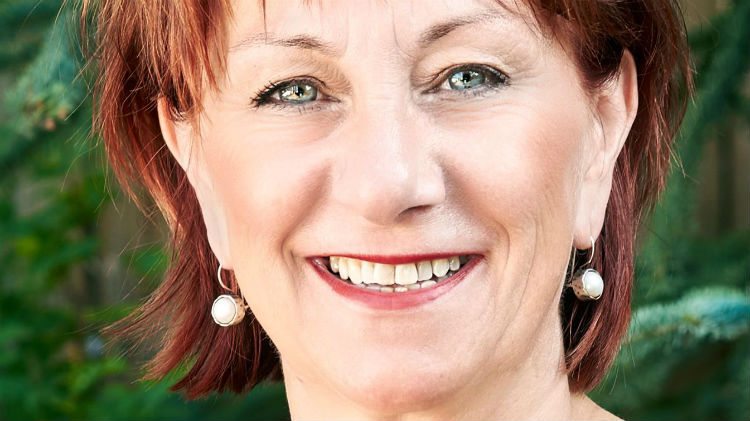 OW: What have you achieved on council so far?

LB: I’ve really delivered on the commitments I made in 2012. I had three major items on my platform: social issues and homelessness, the revitalization of not just the downtown but everywhere in the city, and having a real budget that reflects the needs of the people – and having a fiscal responsibility.

On downtown revitalization, I think a lot of people would look at the downtown and say, ‘Well, where?’

Exactly. Where? I totally agree. But at the same time, I think we made the right decision not to move forward with the 50-50 corner. That’s not going to bring the changes we need. We need sustainable anchor buildings and there was no commitment from the building owners. Even if there was a commitment, what kind of commitment is it? I always said we need to address the situation with three other lots before we can address 50-50. I think we lost revenue on those three lots in the past three years. We could have done a community garden, temporary parking – I’m not a parking person, but temporary – those three lots are just standing empty. After that, we were asked to make a decision for $6.5 million on a project that is only utilized part of the year and tied in to a mall that is empty. Let’s find a way to revitalize the mall before we do something outside and, if we do something outside, let’s do an anchor: a library, a housing project, something sustainable that will be around all year.

Administration did their homework, they hired a firm to do the review, they did gather their information from the community. Sometimes, interpretation of what is said… if you look at the five priorities, it was an anchor and a commercial plaza was near the bottom. I want to revitalize the downtown, I want business to come back, but I want people to live there too. You need to have mixed residential and I think that part was forgotten for some reason. There’s no appetite right now for people to come downtown but we need to make that happen.

Where does this city’s focus need to lie over the next three years? Does it need to be the people, the economy or something else?

It needs to be the economy and the people. We’re going to talk about cost of living and that’s a responsibility between all three levels of government – it’s not something we can drive on our own. There needs to be better partnership. We need to look at what’s happening down the road with our resource development, but we need to be creative and find different ways to develop our economy: what we can do locally, more and more agriculture. We need to look at the age of our buildings, making sure they are well-maintained and can be sustainable. And we need to listen to our residents: not everybody can afford everything that we have. We need to focus on our seniors or people that want to retire here. We are not a retirement community right now. We have an ageing population like everywhere around the world and we are not catering to that. We have to look at everybody: young families and our retirement population.

Many candidates, so far, have told us we need better partnerships. What can you point to that demonstrates why you would be the right choice to help that happen?

Through the homeless coalition, the community advisory board on homeless, and through the social issues committee I chair, and meeting with residents – taking the time to go meet different associations in town. Partnerships are often territorial or federal but we also need partnership with smaller organizations. After that, we need to be able to advocate, but to do that we have to have the different organizations together advocating to different levels of government. One thing I would like to see at the city is a social envelope: we don’t have it. In our budget, every time we vote, we always support the day shelter but we don’t have a dedicated budget line. By having a dedicated budget line for social development and initiatives, we’d have something with a foundation and we could go and negotiate with the territorial and federal governments.

Homelessness has been a feature of your time on council. You were at the heart of the point-in-time count conducted earlier this year. The methodology of that came in for some criticism and for potentially not being representative of the true figure. How did you feel about that?

Every time there is a new initiative, there are going to be some comments. I just saw a brief draft of the final report that will be out soon and it’s very telling. The specialists who came here to do that count were appreciative of the people who came, the volunteers who came. The belief in the count was much bigger than the reluctance and I think the numbers are telling. We did it here but across the country, our funders are going to ask everybody to do a point-in-time count. The validity of that process is getting to be very well-known. It’s to capture not just people on the street but couch surfers and a broader group of people, not just people living in the shelters.

If, then, Councillor Bussey returns after October’s election, how will you take that work forward?

I go back to my social envelope that I’d like to see, that I would be lobbying for very strongly.

But a budget line in itself isn’t going to make that much difference, is it?

No, no. That’s an excellent point. No. But if it’s always on the agenda, if it’s always on the radar, councillors are going to talk about it more. The past three years, I’ve put myself in a situation working on this housing first initiative – and it’s a five-year community plan – and I’m working with a very interesting group of people that are looking and want to advance the cause of homelessness. Me, re-elected? I’ll continue my work. I want to continue the CAB, the social issues committee that I brought down from meeting quarterly to monthly, and we’re very close to printing a ‘Yellowknife Selfie’ to get a picture of the data around here: how many go to the food bank, how many live under the scale of poverty. It’s a document that will help us to look at how we can move forward. I want to support strong revitalization projects, not just in the downtown but everywhere. And energy – look at more ways to develop our energy. Someone brought to my attention the idea of developers looking at building houses solar-ready – that doesn’t mean with solar panels on it, but solar-ready. How can we be creative and innovative? That, in its way, is going to attract people.

Is it appropriate for Yellowknife to host a Canada Games?

At this time, no. I can’t support it. There are too many unanswered questions. I’m waiting to see the report from the committee and trust it is doing its homework. I understand the position of the Chamber of Commerce and support that position. I know that sponsorship for the Canada Winter Games is not necessarily local, it’s national, but that’s only one piece of the puzzle. We need to be able to offer good services. If we want to create legacy or put ourselves on the map, I don’t think this is the right way to do it considering our economy and population. I don’t think it’s the right time.

IServeU, the online democracy initiative: is it the way forward?

No. I had a good chat with them. I think it’s very creative and innovative. I don’t think it’s ready to be launched. The one thing I find very difficult is that the material talks about transparency and bringing everybody together, but I’m surprised the candidates are not formally putting themselves out there on their platform.

I feel like I’ve seen IServeU’s name on all their candidates’ leaflets.

Not the big boards. Like I say, I think there’s interesting information but no, I do not support it. I am a voice for Yellowknifers, that is my job.

But you’re not more of a voice than Yellowknifers’ own voices. That’s what IServeU would say.

But at the end of the day, the people that vote for me have a confidence in me and that’s where I draw my line. I do take a pulse of the community before I make a decision. I was told I take time to make decisions and that might be a negative – quite the contrary, I think it’s a positive. I take the time to talk to people, even people that don’t agree with me. That’s my strength. I’ve done my homework, I reach out to you, you’ve got to trust me.

But you could do your homework and still be part of IServeU. You lay it out in front of them, you say, ‘Vote yes or no,’ presumably they’re all the better informed because you’ve done your homework, and then the people of Yellowknife – who’ve all signed up on this online system – say yes, it’s great, or no, it isn’t. What’s wrong with that?

In 60 seconds, why Linda Bussey?

I’m engaged. I’m determined. I worked hard, I did my homework. I have 30 years of governance experience. I take time before I make a decision. I put my money where my mouth is, based on my last platform. I’ve been here for 19 years, 23 in the North. I raised my family here. I want to retire here. I’m not a transient. I’m here to stay. I want to continue building on we have and make it even better.