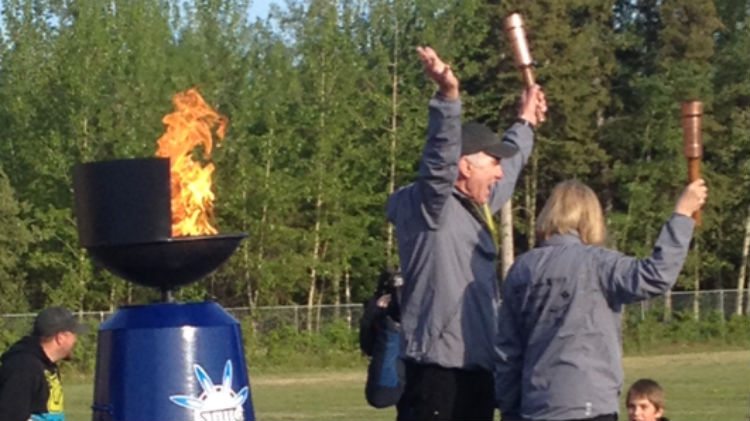 The 2015 NWT Track and Field Championships are officially underway in Hay River.

The three-day event opened with a lively ceremony in the field between Princess Alexandra and Harry Camsell schools Wednesday night.

A delegation of territorial MLAs, Town of Hay River officials and Olympians welcomed more than a thousand young athletes and hundreds of spectators to the 25th instalment of the championships in the community.

After each school was introduced, spectators were treated to performances from local dance and music groups – including a show from Yellowknife-based rapper Godson.

Altogether, 1,054 young athletes will be competing in this year’s event. Students from as far away as Aklavik, Lutselk’e and Deline will be taking part.

Stay tuned to Moose FM until Friday afternoon for the latest from the 2o15 NWT Track and Field Championships in Hay River.