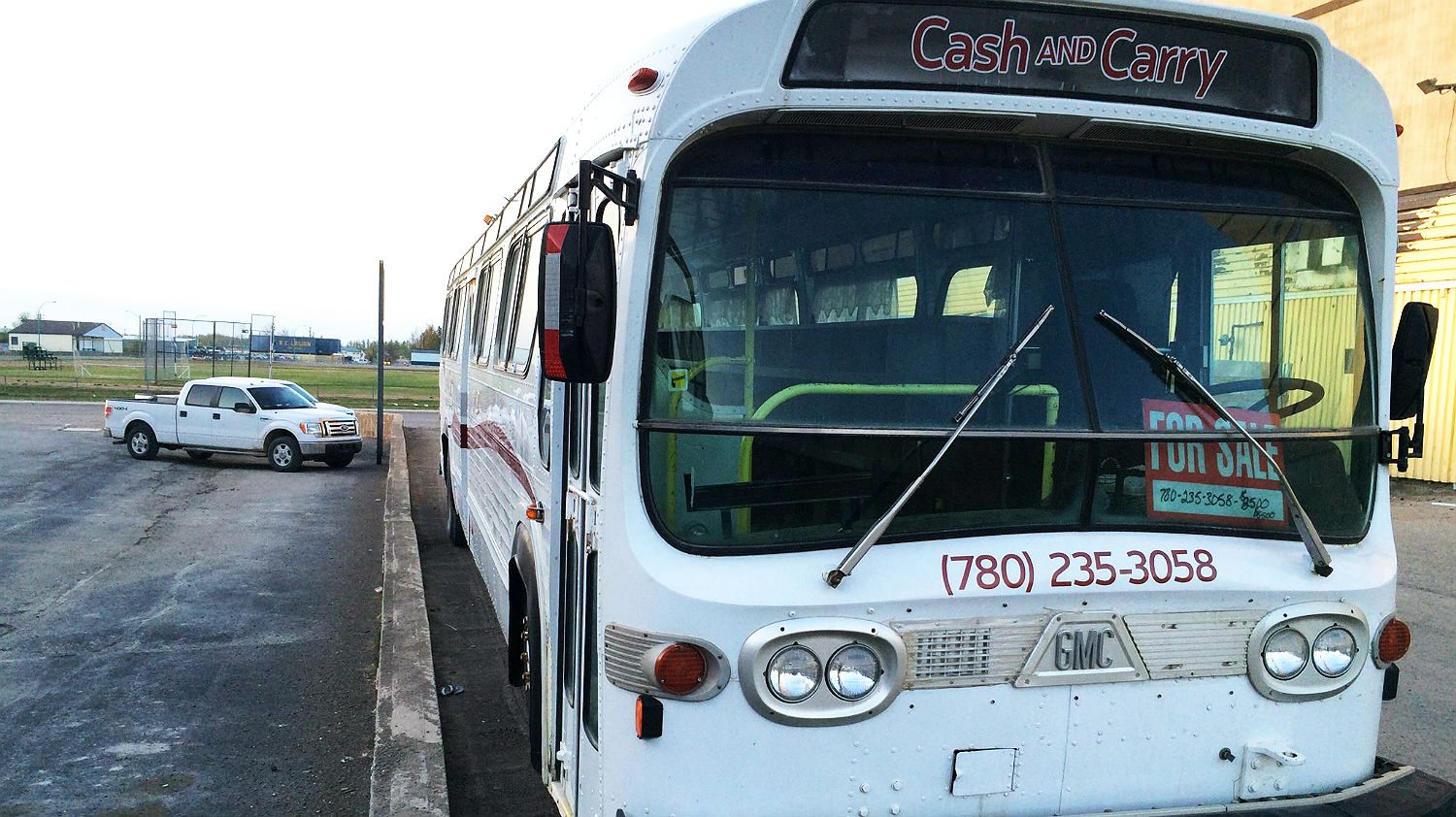 Sharpe and the former Edmonton transit bus were a hit last year, picking up national acclaim in Maclean’s magazine as they toured the Northwest Territories.

Sharpe packed the bus with wholesale groceries, then sold the goods at affordable prices to residents of small communities.

However, he placed the project on hold in March – having been unable to secure a licence to operate in his home town of Hay River.

Now, Sharpe says he can’t afford to keep the bus.

“Unfortunately, I have to put it up for sale. Hopefully somebody else can carry the torch,” he told Moose FM.

Online: Mike Sharpe’s listing for the bus on Facebook

In his online listing, Sharpe describes the vehicle as a 1982 GMC diesel transit bus. He says it’s “well suited as a summer camp conversion or greenhouse, or safe storage”.

He also suggested another, novel use for the bus to Moose FM.

“I think it would be ideal for a big group going out mushroom picking,” he told us.

“If somebody wanted to use it as a [mushroom] dryer, it’s a good, big vehicle for that.”