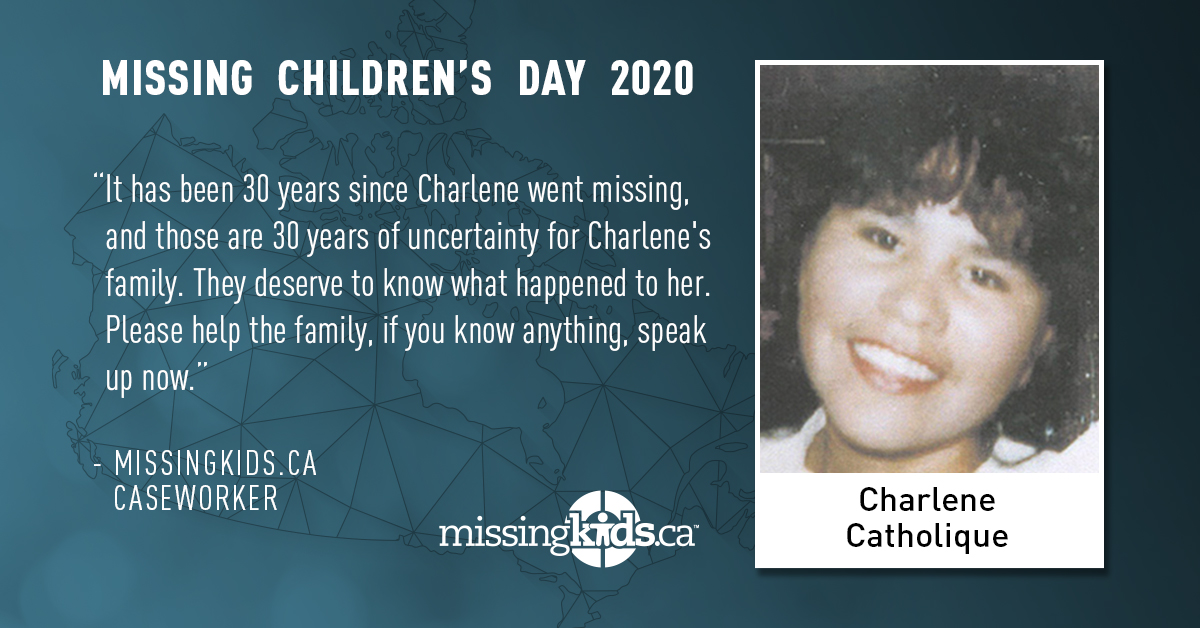 Today, July 22nd marks the 30th anniversary of Charlene Catholique’s disappearance, and the NT RCMP Historical Case Unit is still investigating this file, trying to gather information as to what happened at the intersection of Highway 3 and Behchoko Access Road on July 22nd, 1990.

On that day, 30 years ago, Charlene Catholique from Lutsel K’e, was looking for a ride on Highway 3, near Behchoko. She was last seen walking along Highway 3 toward Yellowknife. She was 15-years-old.

The NT RCMP Historical Case Unit has been reviewing Charlene’s file hoping for a breakthrough in this open, active investigation.

“We are actively investigating Charlene’s disappearance. Any tips from the public could potentially help us shed some light as to what happened 30 years ago and bring closure to her family”, states Cpl. Mike Lewis, of the NT RCMP Historical Case Unit.

Charlene’s profile has been featured on Canada’s Missing Children in May 2019. A Crime Stoppers video, created by the NT RCMP, was released in 2017 and is available on YouTube through a search of Charlene Catholique Disappearance. Her profile is also part of the Missing Kids database, accessible at www.missingkids.ca

“I have been diligently involved with this file from day one, and spoke with multiple investigators. I have seen the size of the file, and it is not a simple task to investigate and try to resolve Charlene’s disappearance”, states Lorraine Catholique, adding: “anyone with information, please come forward.”

The Historical Case Unit was officially funded in the Spring of 2018 and operates as part of the Major Crimes Unit. The Unit has been fully staffed and operational since June of 2019. Their mandate is to maintain and investigate historical homicide and suspicious death, as well as long-term missing person’s files within the NWT.

Anyone with information on Charlene Catholique is asked to call NT RCMP Major Crimes Unit at RCMP at 669-1111.