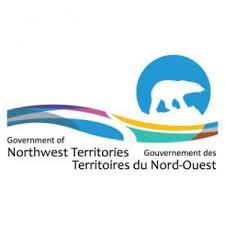 In a press conference this afternoon, the NWT’s Office of the Chief Public Health Officer (CPHO) stated that the risk of the spread of COVID-19 in the Northwestern Territories is now high.

This comes after the first case was confirmed in the NWT.

As of Saturday afternoon of March 21st, 299 COVID-19 tests have been completed in the NWT with one positive.

The CPHO Dr. Kami Kandola also said that the risk had been designated as high for as long as a week.

When asked why that statement wan’t reflected on the Government of Northwestern Territories’ website, which as of this morning was stating the region’s risk is low, Dr. Kandola apologized for failure to update the website and said it will be changed right away.

Dr. Kandola said that as of last week, not only the NWT but the whole of Canada had elevated the risk of COVID-19 spread to high.

This news comes hours after the Prime Minister Justin Trudeau announced the federal government’s support of the GNWT’s decision to limit travel into the region.

The announcement also included the formal order of prohibiting all travel to the Northwest Territories from outside our boundaries with limited exceptions.