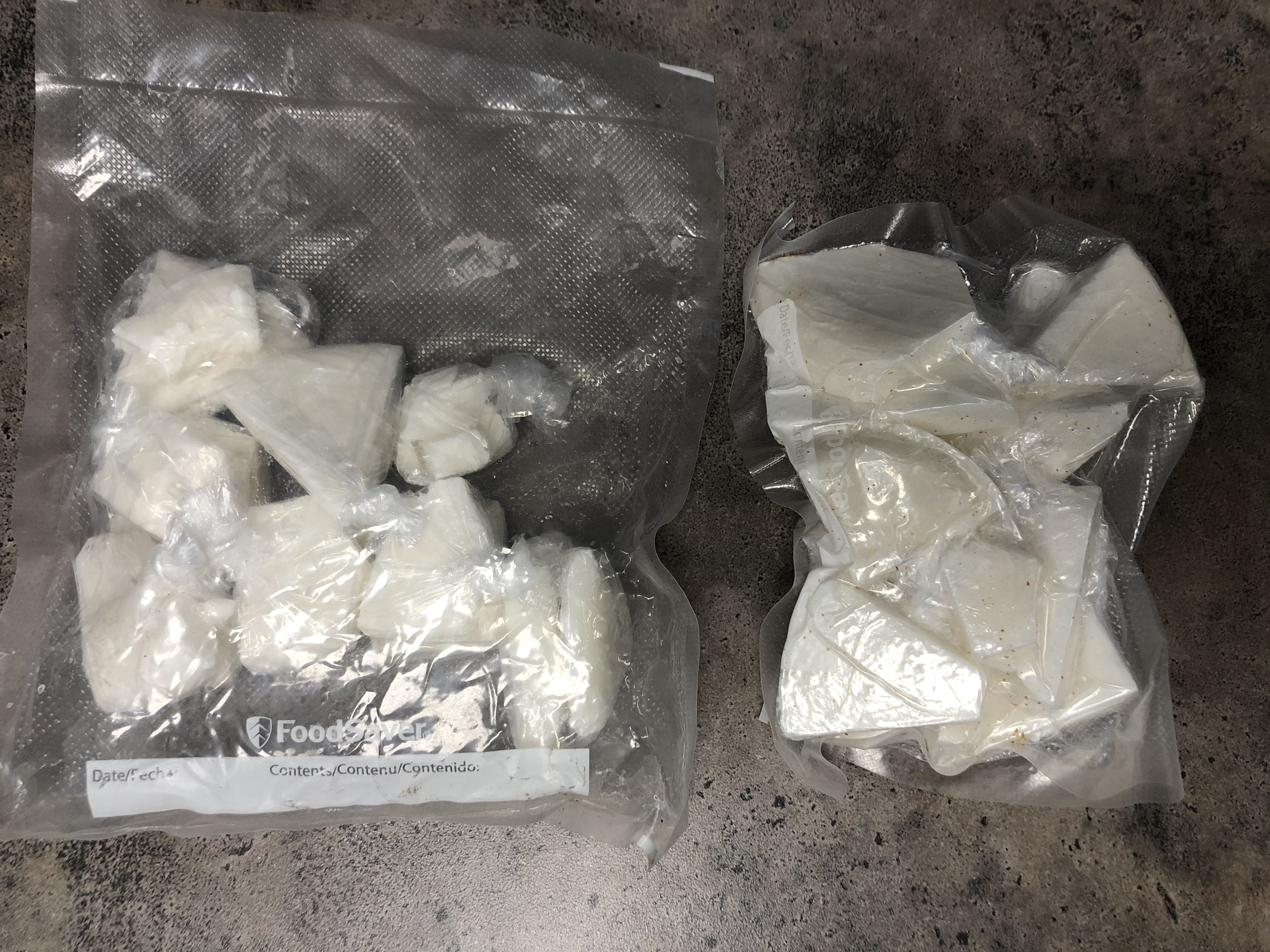 Approximately one pound of crack cocaine has been seized in a vehicle near Enterprise by the NT RCMP Federal Investigations Unit.

On Sunday, February 16th, members of the FIU stopped a northbound vehicle, near Enterprise. The vehicle was believed to be en route to Yellowknife. The vehicle stop was initiated as part of a three-month investigation into the trafficking of cocaine in the NWT.

The vehicle’s two occupants were arrested and their vehicle was searched. Inside the vehicle, police located approximately one pound of crack cocaine.

Shortly after the arrests, search warrants were executed in Yellowknife at two apartments located in a downtown apartment building. These searches were conducted by the Yellowknife RCMP General Investigations Section, in support of this investigation. Evidence of drug trafficking was located inside the apartment. Two people were arrested and later released without charges.

The two occupants of the vehicle, 55-year-old Ronald Joseph Payne and 61-year-old Lyle Elliot Yanke, both of Yellowknife, are each charged with Trafficking Cocaine and Possession of Cocaine for the Purpose of Trafficking.

ʺThe RCMP in the Northwest Territories sees the damage done to our communities by the illicit drug trade on a daily basis. We remain committed to conducting enforcement at all levels of the distribution chain. In this case, we were able to arrest two individuals allegedly transporting drugs from Alberta into the NWT and seize the drugs before they were able to reach our communities to do more harmʺ states Staff Sergeant Dean Riou, of the ʺGʺ Division Federal Investigations Unit.

Payne and Yanke were released from custody after appearing before a Justice of the Peace on Monday, February 17th. Their next court appearance is on March 23rd in Hay River.

Anyone with information on suspicious activity is asked to call Yellowknife RCMP at 669-1111.