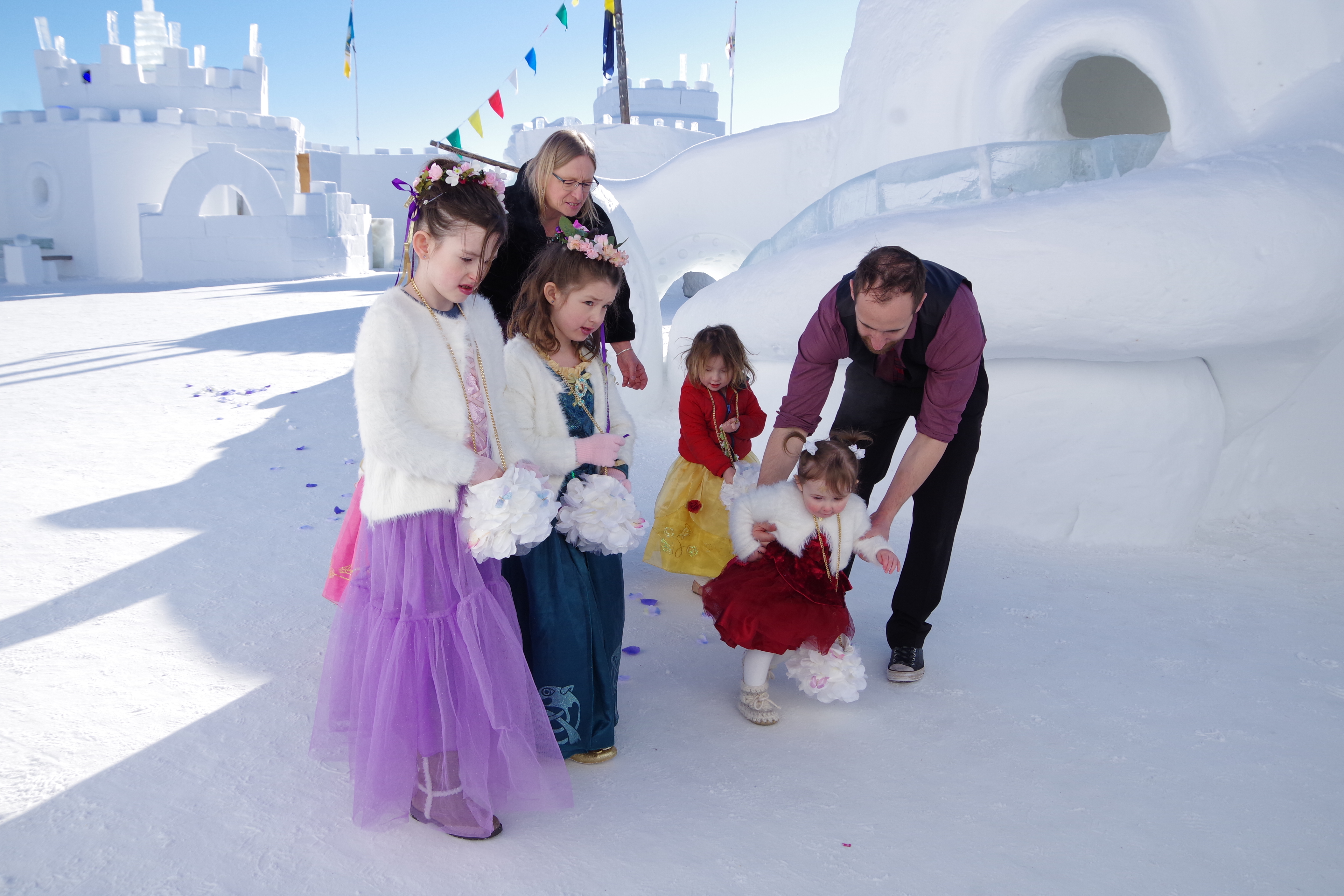 Before the Snowking’s Winter Festival shut down early due to a spring heat wave, one couple tied the knot in a very Yellowknife fashion at the snow castle.

Kaitlyn White and Tyler Keyes walked down the aisle in the snow castle’s great hall, surrounded by family and friends, on a brilliantly sunny Saturday, March 16th.

“The brightness and elegance was amazing. Bright white,” says Keyes, an experience he says he had a hard time putting into words. “Seeing my beautiful queen of a wife walk down the aisle in a freakin’ castle was so beautiful. I thought I’d be cold but I’m pretty sure it was the love circulating through my blood that kept me warm.”

White says the staff helped make their day what it was, including the Snowking himself who she says was ‘as gentlemanly as they come.’

“In the end, I could’ve married him anywhere and I know it would have felt just as magical,” she says.

The idea to wed in the snow castle was White’s. She asked for Keyes’ hand in marriage on his birthday in 2016 in the middle of the High Level bridge. “I presented him with a concert ticket that read that exact date and time for a “Celebration of Love”,” she says. “The big joke, for those that knew, was that I could just jump if he said no. In true Queen fashion, before we walked the two blocks home that night, I told him I picked the ice castle and March 16th, 2018 for our big day.”

A few months later, the couple found out they were expecting a child due to arrive in the world April 1st, 2018. They decided to delay the wedding to spend time becoming parents, but the idea to wed in the snow castle remained.

Hailing from different parts of Canada – White from Edson, Alberta and Keyes from Grates Cove, Newfoundland – the couple are longtime Yellowknifers with more than a few fond memories of the Snowking’s Winter Festival. “Growing up I remember always looking forward to the giant slides,” White says, as well as her time volunteering and keeping people warm at the hot chocolate booth.

Keyes has played the stage at the snow castle, along with Warm the Rocks, NWT Pride and other Yellowknife venues with his band SorryIWasShitFaced.