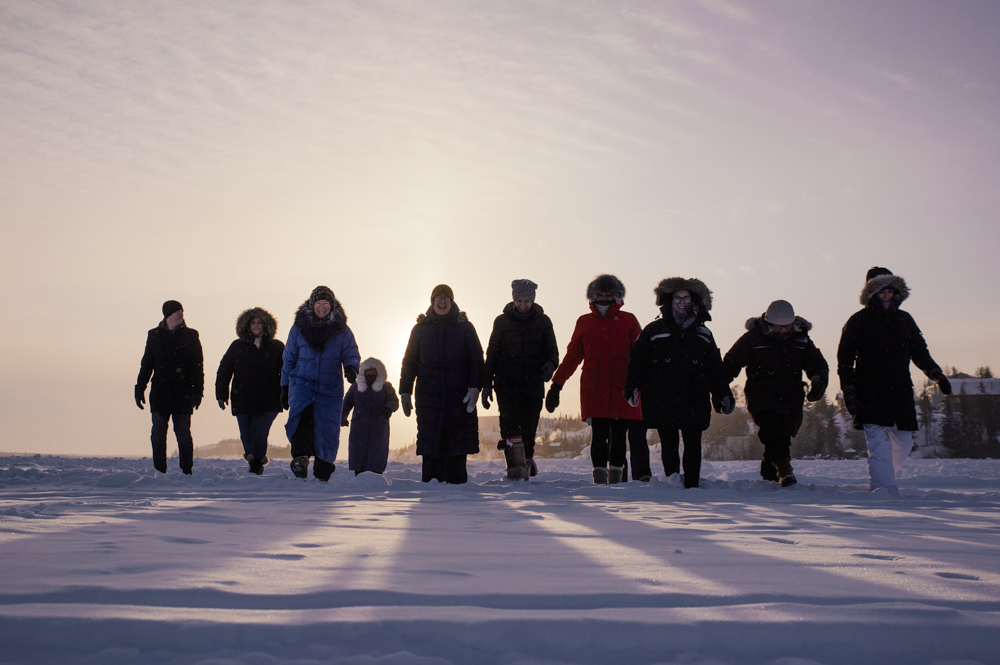 Walk to Tuk had it’s best year ever in 2019 as participation in the territory increased by over 10% from the previous year. 4,835 people on 349 teams, from 30 NWT communities participated in the challenge.

209 of the participating teams made it all the way to Tuktoyaktuk which totalled a total of 1,658 kilometres, while 61 other teams made it back to Fort Providence. Together the 300 plus teams logged a grand total of 817,696 kilometres.

Sheena Tremblay, Director, Active Communities at the NWTRPA stated that the organization received stories from participants recounting the struggles and triumphs they encountered along the way, and the impact the challenge has made on their lives.

“It’s inspiring to hear that the challenge has had positive effects on the lives of so many. We have heard so many stories of how Walk to Tuk started someone on a path towards a healthier lifestyle, or helped them bond with their teammates, or revealed to them the beauty of their community in the wintertime.”

Jolene McDonald, team captain of team Gwıch’ın Nahtraahadaal noted that she loves Walk to Tuk and thinks it is an amazing initiative to get people outside in the cold winter months.

“It’s an opportunity to get people walking and talking in Gwıch’ın.”

According to the NWTRPA, each Walk to Tuk participant accumulated on average 232 minutes of weekly exercise, well above the 150 minutes recommended in the Canadian Physical Activity Guidelines. The participants together spent over 159,000 hours walking during January and February.

Walk to Tuk is the largest and longest physical activity event in the NWT. Over 22,200 participants have taken part in Walk to Tuk since the Challenge was started in 2010.

J&J vaccines to be given back to company

Last week, the GNWT released their updated Emerging Wisely plan that featured benchmarks for the territory to hit in order to move forward during...
Read more

Travellers from Yukon will no longer be able to get exemptions for isolation, as the COVID-19 case count in Yukon continues to rise.All travellers...
Read more

The city is starting work on its new Inclusive Jumpstart Playground.Starting Tuesday, the Somba K’e Playground will be temporarily closed, as the city prepares...
Read more

Behchoko RCMP have found the body of a man who was reported overdue on June 10th at approximately 3 p.m.The man is presumed to...
Read more