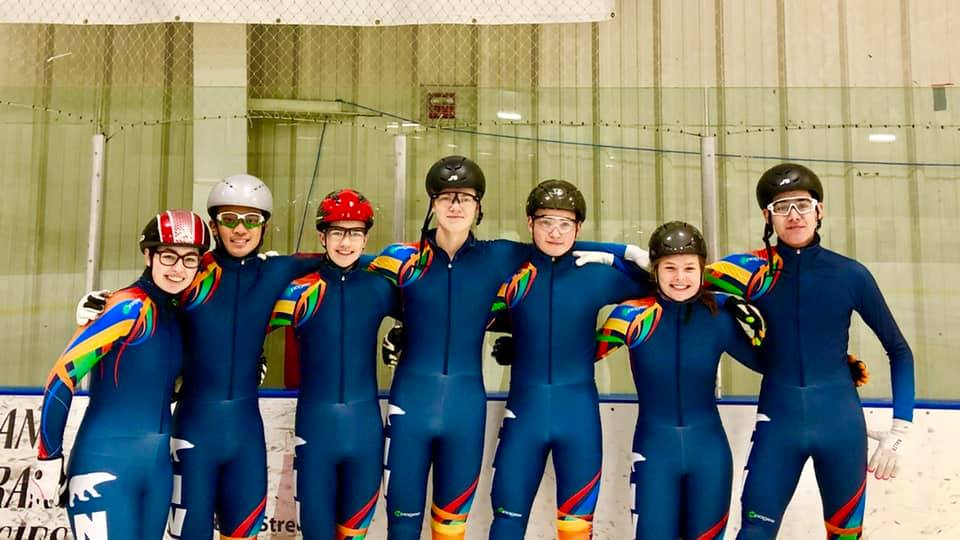 The NWT Amateur Speed Skating Association announced the Speed Skating Team that will be representing the NWT at the 2019 Canada Winter Games in Red Deer, Alberta from February 15th to March 3rd.

Cloutier, who’s has been skating since she was 10, she said that in order to qualify for the team they had to meet certain requirements.

The team wrapped up their Winter camp on January 6th in Yellowknife and will be traveling to the Western Elite Competition in Calgary from January 17th-20th for the Team’s final tune-up before Red Deer.

Dizon and Rourke added that they’re very excited to compete with some of the other top skaters across the nation and represent the NWT.

“We want to have some personal best times and mostly just have fun. We feel like we’re all really ready for the Games, we have five 90 minute workouts every week to prepare us so that we can hopefully peak at the right time.”

Short Track Speed Skating is in week one of the Games and will be hosted at the Gary W. Harris Canada Games Centre.