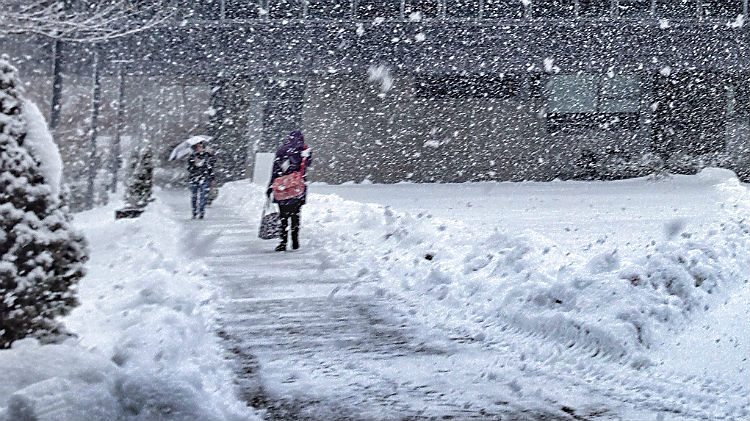 Environment Canada has issued a blizzard warning for Yellowknife on Sunday evening.

While the city basked under a cloudless sky on Saturday, forecasters warn a blizzard will descend from the northern coast of the NWT on Sunday.

The forecast calls for blizzard conditions to develop late on Sunday afternoon in Yellowknife and continue into the night, with blowing snow on Monday.

“A blizzard with severe wind gusts and frequent whiteout conditions is expected to develop tonight along the north coast and spread southward on Sunday.

“The hardest-hit areas will be right along the mainland coastline, as Tuktoyaktuk and Paulatuk will see high winds, potentially gusting as high as 120 km/h.

“Although winds will be weaker inland, the blizzard will spread southward during the day on Sunday reaching Yellowknife by the evening.”

Environment Canada warns conditions could become “extremely hazardous” for travel and says pets and outdoor animals should be given shelter.