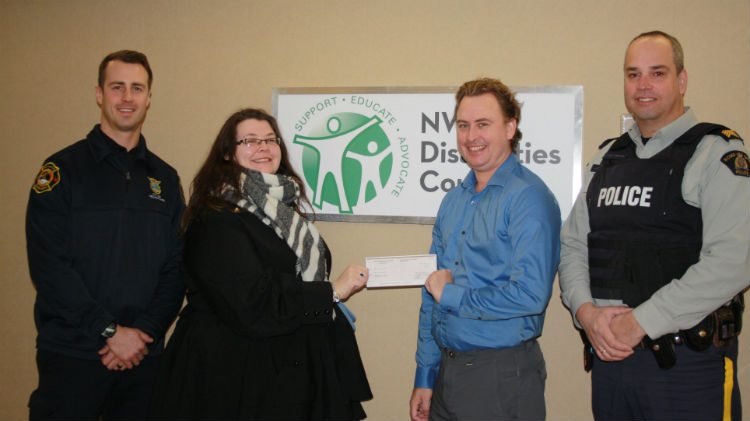 The numbers are in: the tenth annual Memorial Hockey Challenge raised $6,500 for the NWT Disabilities Council this year thanks to contributions from more than 1,200 fans.

Yellowknife RCMP officers skated their way to a 13-0 win over the city’s firefighters during the challenge in February, marking their second win in a row.

“We would really like to thank all of the local businesses and volunteers for their incredible support,” said Chris Johnston, executive director for the Northern Safety Association in a press release.

Johnston says planning for next year’s challenge is already underway.