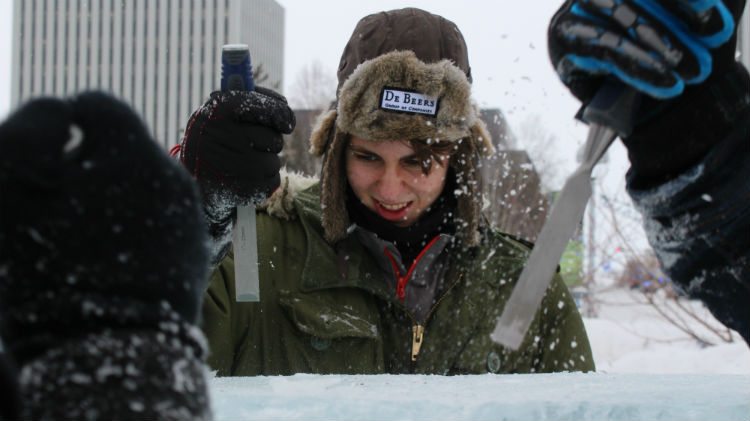 If you braved the wind in Yellowknife Wednesday, you may have seen a number of high school students chipping away at ice outside city hall.

Grade 12 student Emily-Ann Andrews and her team, the Knuckle Busters, tried tackling a giant unicorn sculpture – a task that was easier said than done.

“I don’t think a single person in our team has been near ice,” she admitted.

“We’re so up and close with this ice, we might as well be married to it. None of us have even carved before.”

Their inexperience didn’t seem to hurt them. In the end, the Knuckle Busters’ carving (which turned out to be more of a hornless unicorn) won first place.