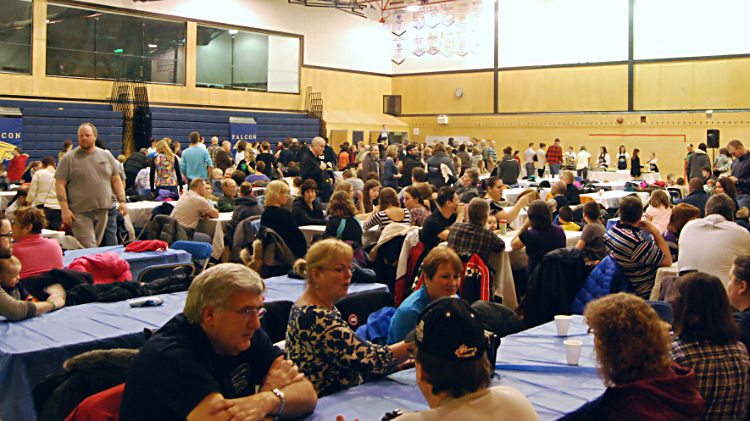 Saturday’s fundraising evening for the Austin family in Yellowknife raised more than $26,000.

That figure comes from the YK1 school board, which organized and promoted the event at the city’s Sir John Franklin school.

Last October, Malcolm was diagnosed with a particularly aggressive form of brain tumour that requires treatment in Edmonton.

You can see more photos from the fundraiser here.