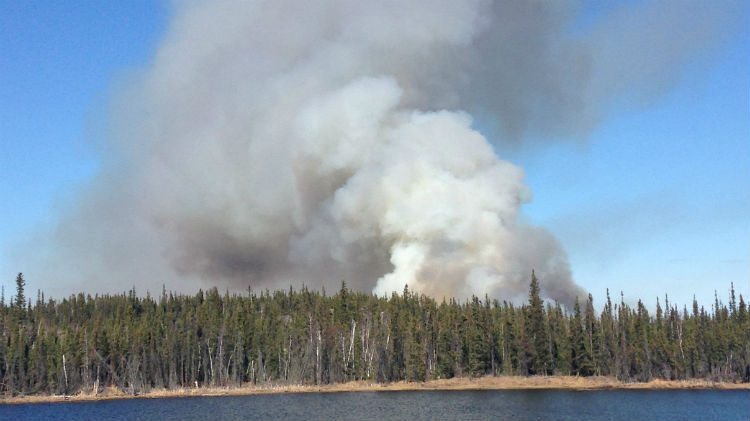 The 2016 wildfire season was a relatively tame one in the Northwest Territories compared to the last two years.

By Tuesday, the territorial government had spent $29,990,575 in pre-suppression and suppression costs this year – and that number could still go up.

Environment and Natural Resources Minister Robert C. McLeod says there are a few outstanding settlements to be completed in a number of NWT communities.

Once those are done, the department could end up spending much more.

But even if that’s the case, McLeod says the territory will be ‘much better off’ than it was in the previous two years when NWT residents experienced historically bad wildfire seasons.

Putting the 2016 wildfire season into context

On Tuesday, McLeod told MLAs the territory experienced a ‘below-average’ fire season in 2016 when 188 wildland fires burned an estimated 229,000 hectares of land.

According to ENR, those seasons cost the territorial government an estimated $33 million and $56 million respectively.

In 2016, 44 per cent of all fires reported in the Northwest Territories received some type of action. McLeod says an extra 292 firefighters were hired to help fight some of those fires.

While the wildfire season got off to a slow start in the NWT, a number of significant fires were reported – including one near Reid Lake and another near the Snare hydro system.

McLeod’s department will try to take lessons from the season that was and hold a series of public meetings over the winter to better prepare for next year.

He’s also hoping for a little luck from Mother Nature over the next few months.

“Forecasters are predicting an early, colder-than-normal winter with an average snowfall,” he said Tuesday. “It is our hope that this provides plenty of snow cover for the spring melt and increases our water levels.

“It is important to note that while the 2016 fire season was relatively normal, there continue to be areas of extreme drought.”