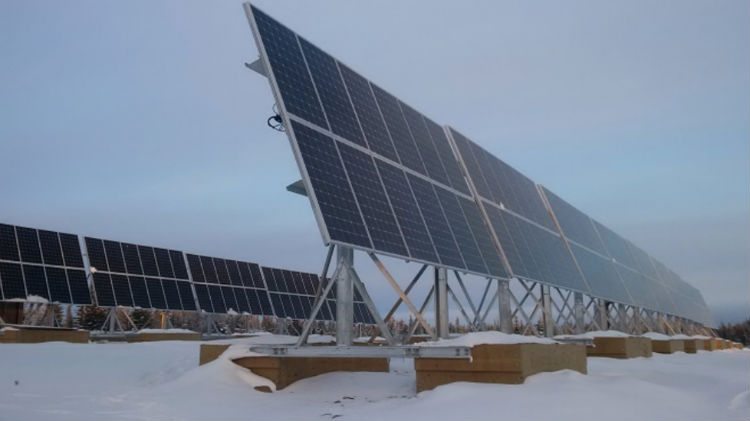 Hybrid micro-grids could cut the NWT’s diesel dependence by half, according to a new report co-authored by former territorial finance minister Michael Miltenberger.

Its release comes a week after the House of Commons voted to endorse the Paris climate agreement and eliminate greenhouse gas emissions country-wide.

“Northerners suffer disproportionately from the impacts of climate change,” the report said.

“Energy insecurity exists in too many Northern communities and industries because they are almost totally dependent on electricity that is generated through burning fossil fuels.”

So what then, is the solution? According to the report, support for hybrid micro-grids in diesel-powered communities and industrial sites.

“Unless the NWT is exempt from contributing to the global effort, which it is not, the diesel-dependent electricity systems of the NWT are now obsolete,” the report stated.

“The status quo diesel-fuelled electricity systems of the NWT are not sustainable.”

Last week, Prime Minister Justin Trudeau told the provinces and territories they have until 2018 to adopt a carbon pricing scheme, or the federal government will impose a price for them.

For some time now, Northern leaders have expressed their opposition to a federally implemented carbon tax, saying it could negatively impact the quality of life for Northerners.

That rings especially true for remote communities with few alternatives.

But Miltenberger says there are options available to both small and large communities so long as they are willing to embrace new technologies.

The report indicates it will cost between $300 million and $780 million to cut the territory’s use of diesel to generate electricity in half.

But hybrid micro-grids projects will be much more affordable than mega-projects like expanding capacity of the Taltson hydro system – which could cost more than $2 billion.

Miltenberger says there are a number of successful hybrid systems in the NWT already, including a solar-diesel-battery micro-grid in Colville Lake and a wind farm at the Diavik diamond mine.

Miltenberger says the study has been provided to all MLAs for their consideration.