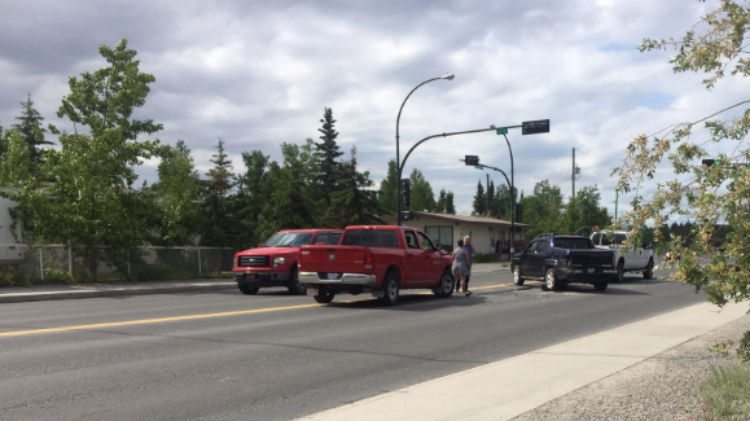 RCMP say the accident happened around 11:35am on 50 Avenue near 57 Street.

While several vehicles were damaged in the incident, police say there were no injuries.

No further details will be released at this time as police continue to investigate.