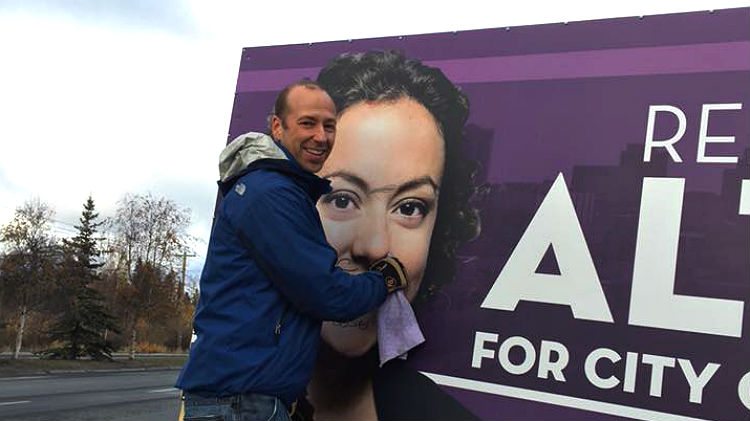 A Yellowknife MLA armed with a bucket of cleaning equipment came to a city councillor’s rescue at the weekend.

Robert Hawkins, the MLA for Yellowknife Centre, was seen by residents cleaning a defaced signboard promoting councillor Rebecca Alty’s bid for re-election. Alty was out of town at the time.

Candidates in this fall’s municipal, territorial and federal elections have already battled the elements blowing down signs, alongside occasional acts of vandalism.

Alty’s sign, near the Yellowknife fire hall, had sported a moustache and unibrow until Hawkins arrived to restore the board to its original condition.

Spotted @YK_Centre doing a good deed moments. That was really nice of you. Thumbs up.