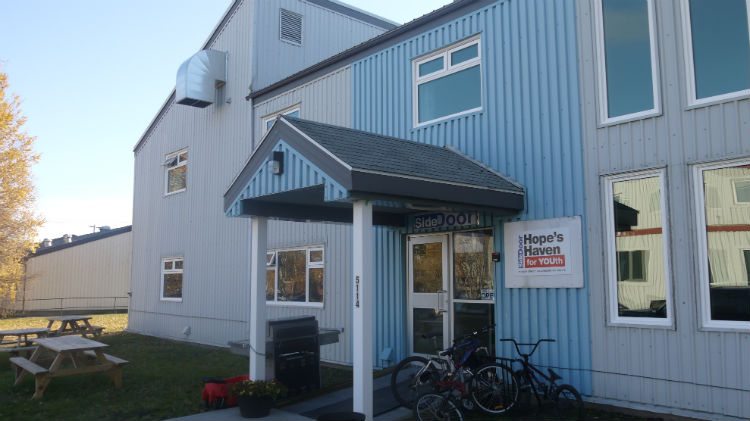 A transitional home for youth between the ages of 16 and 24 has opened in Yellowknife.

Hope’s Haven, which is owned and operated by SideDoor Youth Ministries, celebrated its official opening on 52 Street Thursday.

The 12-unit building is the first of its kind in the territory, but it won’t only serve as a shelter.

It will also provide programs aimed at helping youth attain the stability they need to transition to independence and permanent housing.

The facility has ample programming space and a large kitchen for residents to learn necessary life skills such as cooking.

Upstairs, residents will find 12 units. Eight of which are single units, one is a one-bedroom apartment and one is a three-bedroom shared apartment.

Back in February, it was announced that the City of Yellowknife would be contributing $594,000 over the next five years for the project.

At the time, Mayor Mark Heyck spoke to Moose FM about the importance of providing assistance to some of the city’s most vulnerable.

“Research shows that if people fall into homelessness in their youth they’re much more likely to struggle with homelessness into adulthood,” he said.

“To be able to put real infrastructure on the ground that’s going to house youth is fantastic news for Yellowknife.”

Until now, SideDoor only provided emergency shelter for homeless young people. The organization is hopeful the launch of Hope’s Haven will help break the cycle of youth homelessness in Yellowknife.