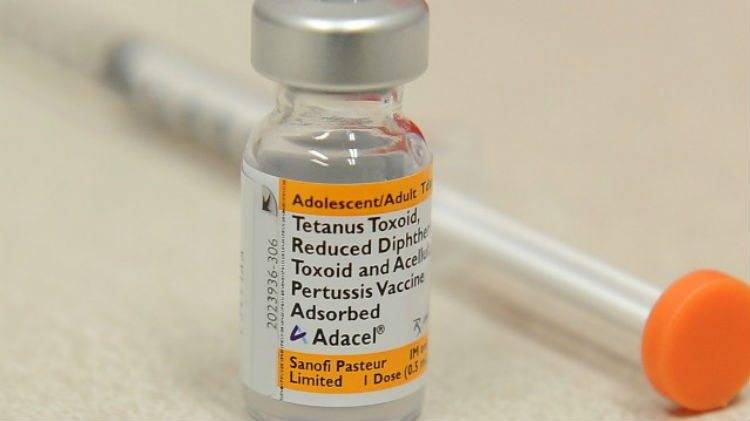 Health officials are reminding parents to stay on top of their children’s immunizations after a student was diagnosed with pertussis, or whooping cough, in Yellowknife.

Whooping cough is an infection that causes coughing fits, and can lead to more serious medical issues.

On Monday, William McDonald Middle School sent a letter to parents from Yellowknife Health and Social Services, stating that one of its students had recently been infected with the bacterial disease.

Parents of École Allain St-Cyr students were issued a similar letter on Tuesday since the two schools share classrooms and a gymnasium.

“We just want to notify people in the event that there are symptoms, they should go to their healthcare providers and seek advice or treatment if required,” said Ed Lippert, assistant superintendent with Yellowknife Education District No. 1.

Mary Lou Murphy, manager of public health with Yellowknife Health and Social Services, says whooping cough is caused by bacteria and can “spread quite easily through droplets from coughing or sneezing from an infected person.

“If someone is infected with pertussis, symptoms include an upper respiratory infection, a fever and a cough that doesn’t go away.”

Murphy says the pertussis vaccine is part of the routine immunization schedule, but that it can start to become less effective with time, which is why children tend to receive a booster at the age of 14.

Adults are encouraged to get a booster every 10 years.

Because infants under the age of two months aren’t eligible for vaccinations, Murphy says they’re more likely to develop complications if they become infected. Pregnant women and people with lung disease are also at risk.

Just last month, a whooping cough outbreak was declared in northern Alberta, as more than 200 cases of the infection popped up in different regions.