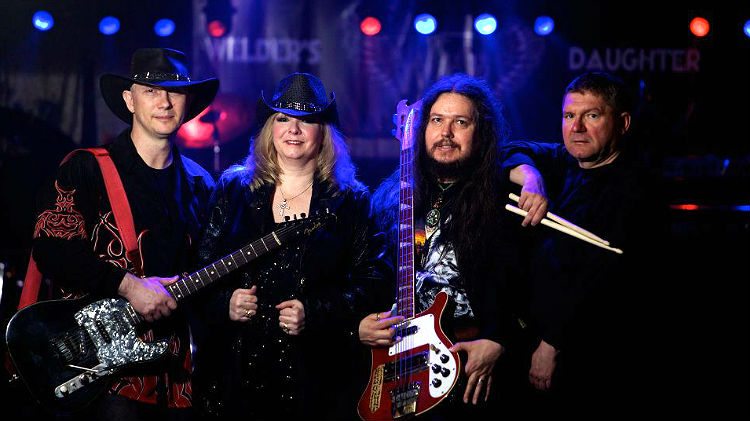 Yellowknife band Welders Daughter thanked the community of Fort Simpson after the theft – and return – of their instruments.

A custom zebrawood Fender Stratocaster guitar, a Fender Telecaster, and two iPads were among $10,000 in equipment and instruments taken when someone broke into Fort Simpson’s recreation centre ahead of the band’s weekend gig.

“Many friends of the musicians, along with community members, posted information about the incident on Facebook – asking anyone with information to contact RCMP and to return the items,” said RCMP in a news release late on Monday.

“By 5pm on September 12, information came forward which led to the instruments and other stolen items being returned to the band.”

Novak added: “What’s even more amazing was that people came forward with instruments for us to borrow, hunted around in dumpsters and rummaged through closets – which is where our gear was found.

“An amazing outcome and despite the actions of a few teenagers, this community showed its true colours. I’m more in love with this place than ever.”

Police say two suspects were arrested. One, an adult male, has been diverted to community justice. An 18-year-old is charged with two counts of break-and-enter and theft, plus a charge related to possession of the band’s instruments. Nothing has yet been proven against them.

Saturday’s show went ahead as planned, and the band is expected back on-stage at Yellowknife’s Gold Range on Tuesday.