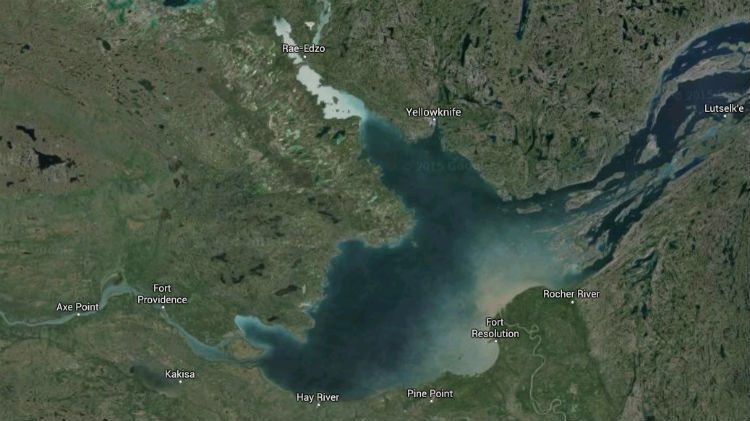 Eight young women have spent the past week studying the impacts of climate change in the North and South Slave regions.

The youth, aged 18 to 30, took part in a rolling tour as part of the third Young Leaders Summit on Climate Change.

The tour began in Yellowknife last Monday and made stops in Fort Providence, Kakisa and Enterprise before reaching Hay River. The group then returned to Yellowknife.

Along the way, they studied forest fire ecology in Kakisa, visited the Northern Farm Training Institute and had dinner with an elder in Hay River.

“It’s fairly common knowledge that changes are happening and much faster in the northern part of the world,” said Aletta Leitch, who flew from Whitehorse for the summit.

“The temperatures here are rising two and a half times as fast as the global average so we have impacts now and we’re going to continue seeing impacts into the future.

“It’s so important for my generation and my peers to grow up and understand how to incorporate climate change into our decision-making as we start to take those roles in our community.”

Leitch, 24, told Moose FM her most memorable experience came in Kakisa, when the group talked to a group of First Nations about concerning trends related to climate change.

“That was really interesting for me because they were talking about the ice being thinner in winter which is making it more dangerous to hunt.

“As well, different species are now being seen in the area and migration patterns are changing because of climate change.”

Upon completion of the tour, the group was tasked with providing a number of recommendations for climate policy.

But as Leitch told us, they’ll also be leaving with new peers to turn to in future.

“I’m going to come away with some really great networks,” she said. “Now we all have people to draw upon when we come up with an idea or an initiative and we want to bounce ideas off of somebody.”

“Wherever I end up going, I want to bring it back to the North because we’re experiencing such drastic changes here and we need feet on the ground to make change.”

The summit was organized by Ecology North and the Pembina Institute.