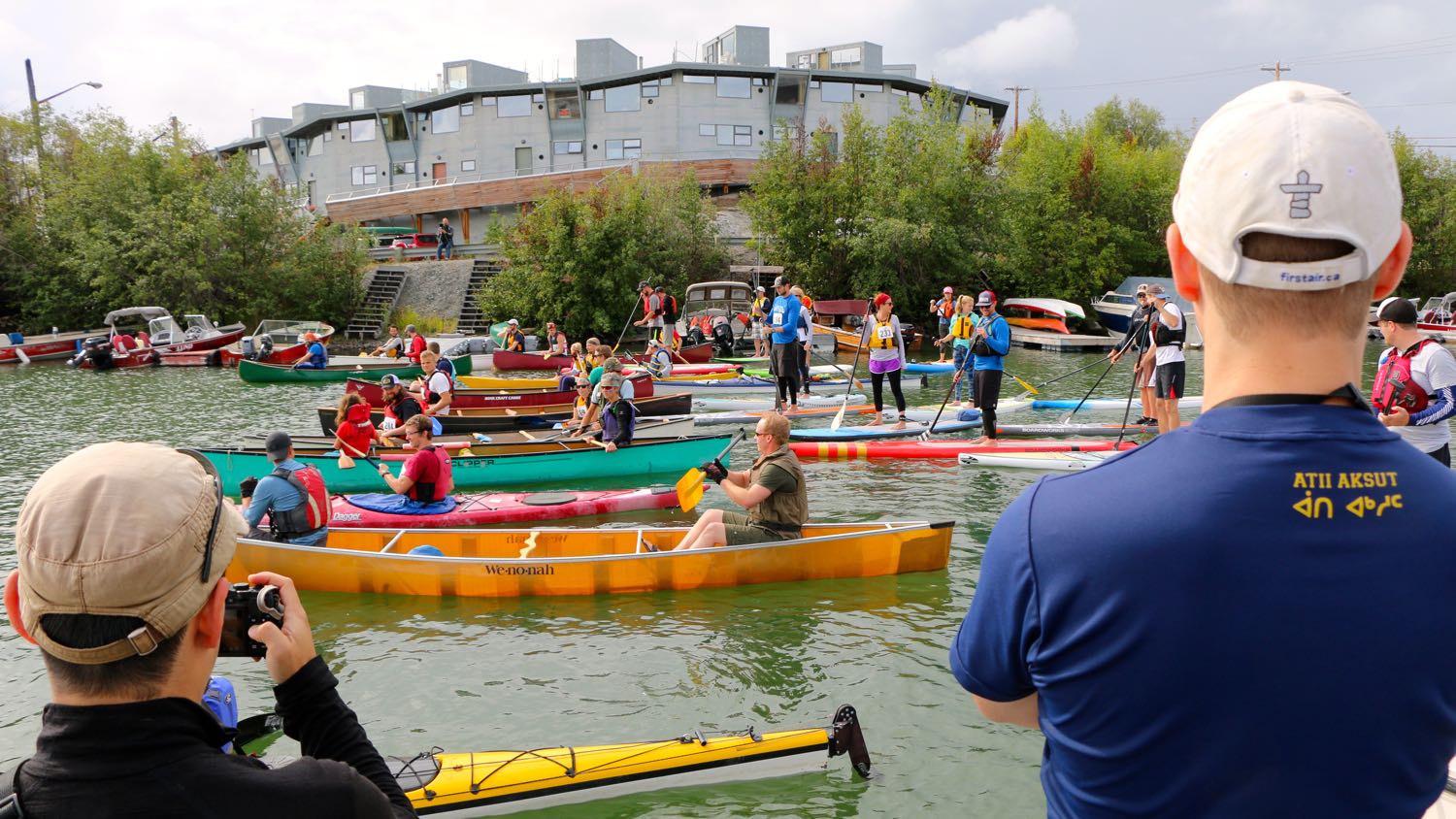 The pair made it home in 25 minutes and 15 seconds, in a race contested by 34 teams on Saturday. Rob Krushel was the first individual competitor over the line.

“That was exhausting, but well worth it,” Kidd told Moose FM.

“We didn’t do too much training – a little bit of paddling through the summer, whitewater trips and whatnot – but all in all I just wanted to get out there and have some fun, and it paid off.”

The race is based on the legend of a “drunken argument”, according to organizers, regarding whether it’s possible to paddle around Latham Island in under 20 minutes. Nobody approached by Moose FM at Saturday’s race could recall that 20-minute barrier being broken.