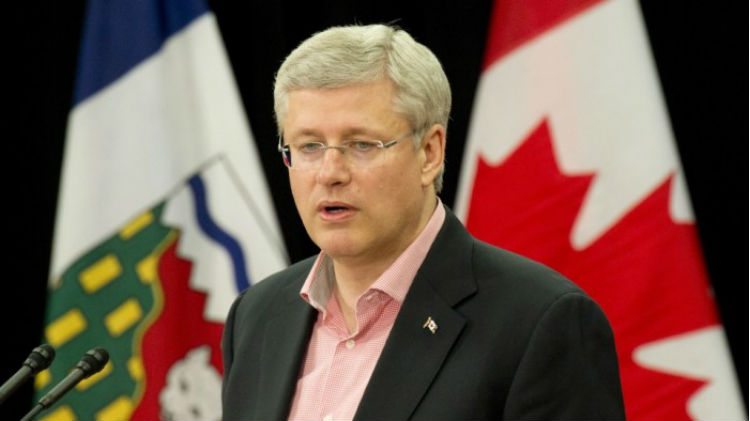 Prime Minister Stephen Harper’s election tour will head North this week, according to the Globe & Mail.

Harper is expected to fly to the NWT on Thursday – making a stop in Hay River – before travelling to Nunavut on Friday. Few other details were available at the time of writing.

The Conservative leader has made a habit of touring the North for about a week each summer, but called this year’s trip off because of the early election.

Of the three northern territorial ridings in Canada, the Conservatives are currently incumbents in the Yukon and Nunavut.

Conservative candidate Leona Aglukkaq is defending her seat in Nunavut. Ryan Leef is the MP for the Yukon.

Former territorial premier Floyd Roland is running for the Tories in the NWT riding this fall. He’ll be up against Liberal candidate Michael McLeod and incumbent MP Dennis Bevington of the New Democrats.

Trudeau and federal NDP Leader Tom Mulcair have both publicly questioned the timing of Harper’s trip.

Mulcair even accused the prime minister of “hiding in the North Pole” just as the Mike Duffy trial is set to resume in Ottawa after a two-month hiatus.

Duffy, a suspended Conservative senator, is at the heart of the Canadian Senate expenses scandal.

His trial is set to resume on Wednesday after he pleaded not guilty to 31 charges, including fraud, bribery and breach of trust.