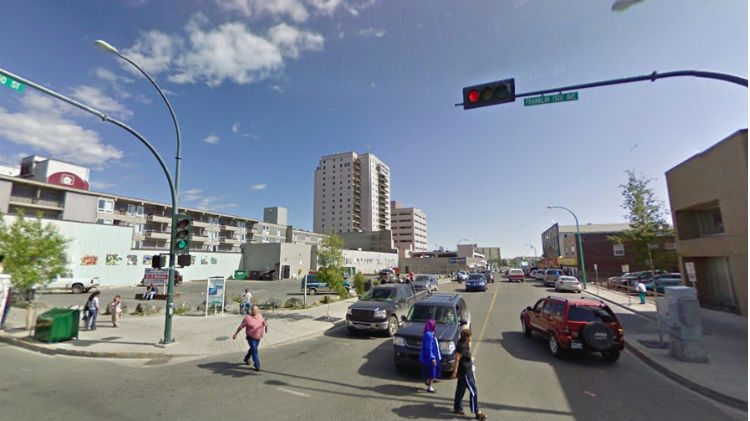 A new event called Food on Franklin will occupy the city-owned space at the corner of 50 Street and 50 Avenue every Thursday night until the end of August.

Visitors can enjoy some of their favourite foods while listening to music from local artists. The purpose of the event is to highlight Yellowknife’s diverse food industry.

“Food on Franklin is a fantastic opportunity to promote the City’s food industry, showcase some of our incredible artists and utilize the 50/50 lot,” said Mayor Mark Heyck in a statement.

Read: Public Sessions To Be Held For 50-50 Development In Yellowknife

Because this is Khan’s first year in operation, he wants to use the event to bring awareness to his cuisine.

“I want to let people know that there is Indian food in Yellowknife,” he told Moose FM.

Khan also sells his food at the Farmers Market and hopes Food on Franklin will eventually compliment the Tuesday event.

“There will be a good variety of foods on Thursday and I think the people will really like it,” he said.

Food-based businesses that want to participate in Food on Franklin are encouraged to get in touch with the City.

The event will run from 5 until 7pm every Thursday.