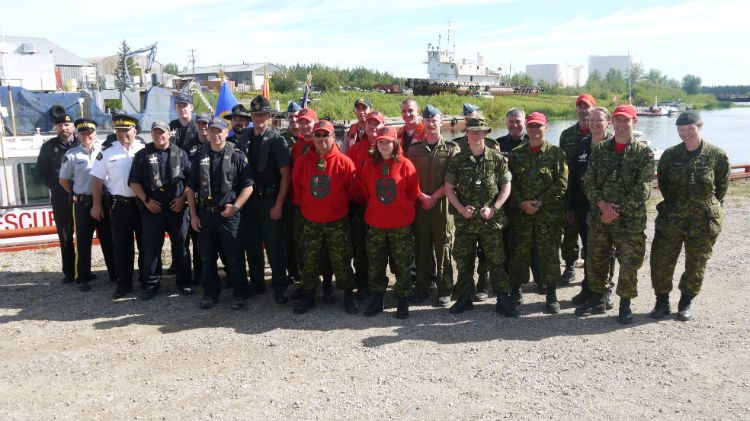 Two major marine patrols of the Mackenzie River are underway in the territory.

On Tuesday, the RCMP launched its annual Operation Gateway in conjunction with Operation Nunakput, which is being carried out by the Canadian Armed Forces.

Officials from the Canadian Rangers, Environment Canada and the Department of Fisheries and Oceans are also taking part in the collaborative 17-day initiative.

This year’s operation began at the Canadian Coast Guard Dock in Hay River on Tuesday. Members will spend the next two and a half weeks travelling up the Mackenzie River all the way to Tuktoyaktuk, making stops in communities along the way.

Altogether, more than 100 personnel will cover roughly 1,800 kilometres of territory, performing patrols and training scenarios along the way.

The ultimate aim of the patrol is to enhance communication between different agencies and to make territorial waters safer.

“It’s a combination of patrol, enforcement and exercises with our partners to see how we can function together,” said Inspector Mike Babineau with the RCMP.

But Babineau says officers will also respond to real-life emergencies.

“In the past, we’ve come across members of the public with boat issues. Unfortunately there was a drowning near Norman Wells that we assisted with last summer.

“There’s always stuff going on along the river.”

“The Mackenzie River is a main waterway so having a visible presence along it is important since we can help anyone at any time.

“It also shows the Western Arctic that we have the ability to operate in a marine environment in the summertime.”