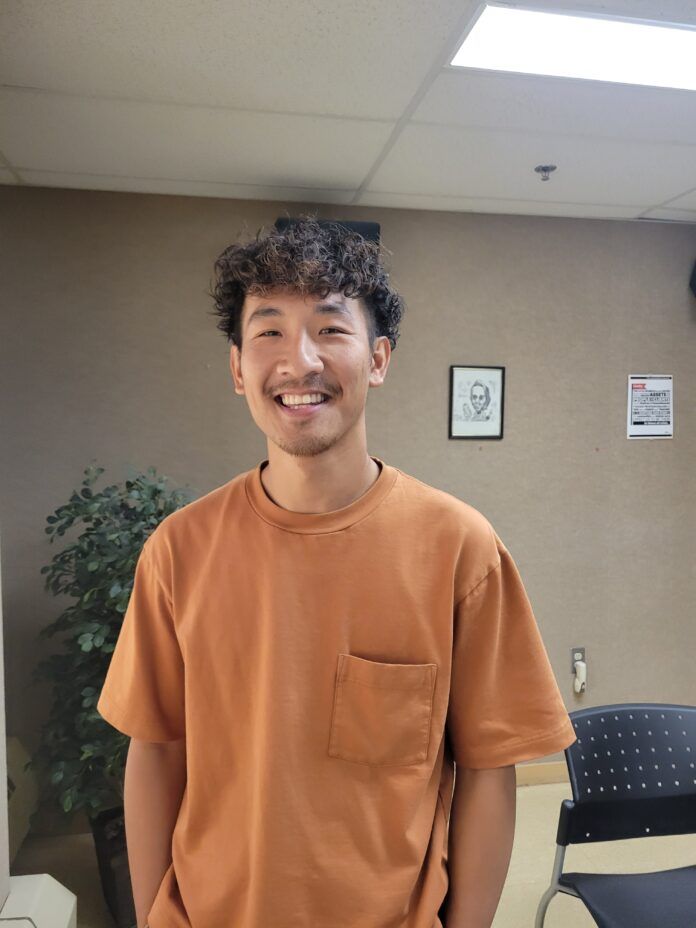 Jonny Vu is a Northern artist whose love of music and want to be a performing artist. Only grew after being around so many other artists.

In school, somebody always did music or, you know, all those kids that, you know, sang and played instruments and you’re always kind of envious of them. And you’re like, ah, I wish I could do that. And sometimes people, you know, they have that guitar in the corner to impress a girl or something like that. But for me, it was just, um, being surrounded by other people that were. Super talented. I could not sing well at all. And then I just kept doing it and hanging around people, um, that could do it well.And then it just, you know, slowly but surely you, you get better.

Like a lot of other kids in high school, the first kind of musical performance that Jonny tried was rap, but things really started picking up for him once he picked up the guitar.

It’s like skateboarding your first, you know, Ollie, everybody’s going crazy, but you know, all the other kids are doing kick flips and stuff like that. I just, um, I picked up the guitar at 18. So from that 15 to 18, I was rapping picked up the guitar, just learned simple chords and, uh, tried to figure out how to, um, We just write music with the guitar. And that’s just what I stuck to after

On pretty short notice, Jonny got the chance to perform at folk on the rocks 2022, an opportunity he won’t soon forget.

The two sets were amazing people that I’ve never met before taking pictures. I just think these kinds of support and community, it just really helps. The nerves just go away. I don’t even get nervous anymore. Cause I know whatever you do up there. Even if you mess up and people don’t know, they’re still there patting you on the back and telling you like, Hey, good job.Even like months, weeks after people are still, you know, Hey, that was good man.

And thanks to the power of social media. So many people that knew Jonny before he moved up to the Northwest Territories, still get to follow his musical journey

It’s nice to get these message. That you could never get before, you know, uh, it of just the support of being like, oh, I’m happy that you’re still doing this. And, uh, it’s great. You can’t buy this kind of love, you know what I mean? Just hearing from old people that you’ve never heard of, and they’re still cheering for you. That’s I think that’s amazing – Jonny Vu, Local Artist

Listen to the full tnt here