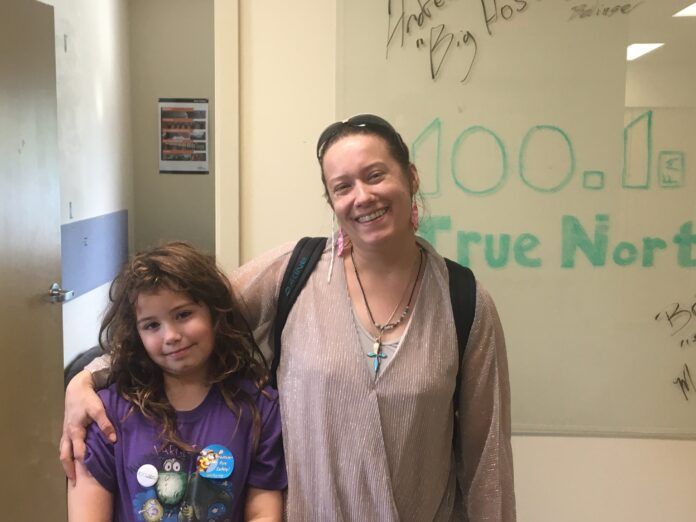 A young Yellowknife girl is being rightfully praised by the city as a hero.

Early on Sunday morning, a vehicle fire broke out at 5730 50 Avenue. 8-year-old Grace Beaulieu was asleep with her mother, Farren, in her second story apartment when she noticed the fire outside the living room window. Having gone over emergency plans with her mother in the past, Grace immediately jumped into action.

Grace reached for her mother’s phone, and immediately called 911. Afterwards, her and her mother got themselves to safety. Her quick thinking allowed emergency crews to arrive on the scene quickly, and before the fire could ignite the gas tanks of the vehicles.

This young girl showed incredible bravery and initiative, and likely saved several lives, and the entire building. She explained that before she made the call, she felt calm, and she only began to panic after she had contacted 911.

Donna Lynn Baskin, a neighbour of the Beaulieus and the owner of one of the damaged vehicles, has established a GoFundMe page to help Farren and Grace in their battle against food and housing insecurity. At the time of writing, the campaign has already raised over $2,300 of the $10,000 goal.

If you would like to support the campaign, it can be found by clicking here.