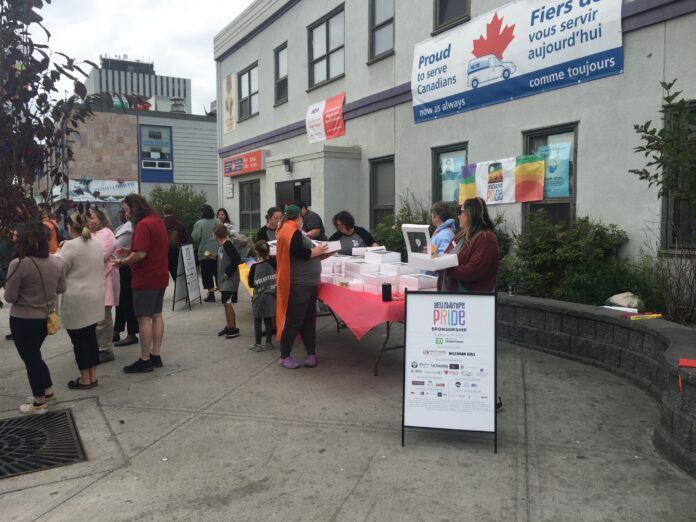 At noon on Thursday, August 4th, members of the Yellowknife Pride group were handing out free cupcakes along Franklin Avenue.

Amanda St. Dennis, a member of Yellowknife Pride, shared how the event was going, as well as a bit of it’s history.

“We’re having a great day despite the little sprinkling of rain. Handing our cupcakes is a long standing tradition in Yellowknife celebrating pride. It comes before even YK Pride, NWT Pride used to do it, and folks would do it even before NWT Pride. So handing out cupcakes is a way that we can connect with the community, spread some rainbows, and also honour the folks that came before us.”

The event was just one of many that the group have planned throughout the week. St. Dennis was also kind enough to share what else the group has planned.

“There are a lot of things coming up. Tonight at the Top Knight, we have a Trivia Night, so people can come down with a team of four and stretch your brains a bit. Friday, we have Drag Queen Story Time, and an all-ages drag show. Saturday is fun filled, with a Rainbow Run, Pride in the Park, and some events at the Top Knight again.”

A bingo tournament and an “Over the Rainbow” Party will close out the week’s events on Saturday.