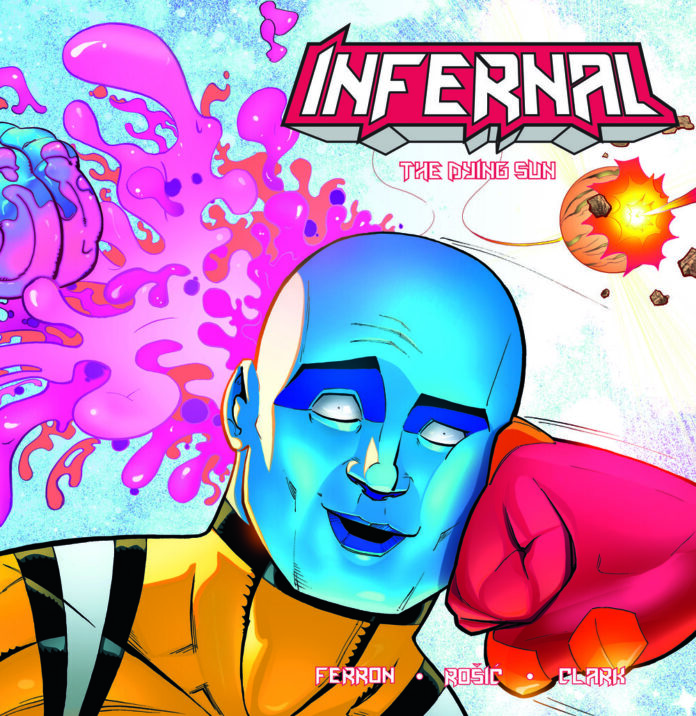 Kody Ferron is a Yellowknifer and graphic novelist who created Infernal: The Dying sun. Kody actually got his passion for art before he had a passion for comic books.

“I don’t ever remember a time not being interested in art and not wanting to be an artist every single time. Somebody asked me when I wanted to be, when I grew up as a kid, I would say an artist just without any hesitation. And it was usually while I was drawing, you never really know what could inspire your career.”

And for Kody, that was a Disney film.

The one thing that inspired me to become an artist or, or inspired my love for art is Disney’s Hercules from 1997, which is the year I was born, the simplified line work and the sort of stylized anatomy and the style. Just for the backgrounds, everything like the clouds. whenever the sky’s really beautiful, I compare it to that movie. And the clouds in that movie.

When he sits down to work on a graphic novel, Kody says there are some parts that don’t feel as much like work.

“The work that reminds me why I do it is just drawing the pages, you know, after all the writing and planning has been done, it’s all been storyboarded out. I already, I know the whole story. I know the whole book, all I have to do is draw the physical pages. Now that’s the part where it’s like, that’s why you. You sort of try, and if you’re lucky you’re able to access what some people call flow state, and time just kind of melts away. And you’re just producing art kind of, you know, magically sometimes it feels like, because most days it doesn’t feel like it’s super easy and like it’s magic.
It’s, you know, it’s just work most days.”

And some days can lead to some really surreal moments. Like when Kody got to hold his first finished graphic novel in his hand

“After I finished. Book one, I continued drawing book two and there was, you know, I was wrapping up the production of book one before it was printed and then it gets printed and then it has to get shipped here.So it takes a while and I’m just sort of back into the grind and then yeah, to get the book, it felt completely surreal and unreal, but it also was the first time that it. Finally felt real because having a bunch of art pages loose hanging around that doesn’t necessarily feel like a comic book, but once it’s lettered and all the story is there and it’s all colored and all the pages are stitched together. It just felt like the most surreal. But the most real,”

YK RCMP Deal with Break and Enter and Drug Seizure