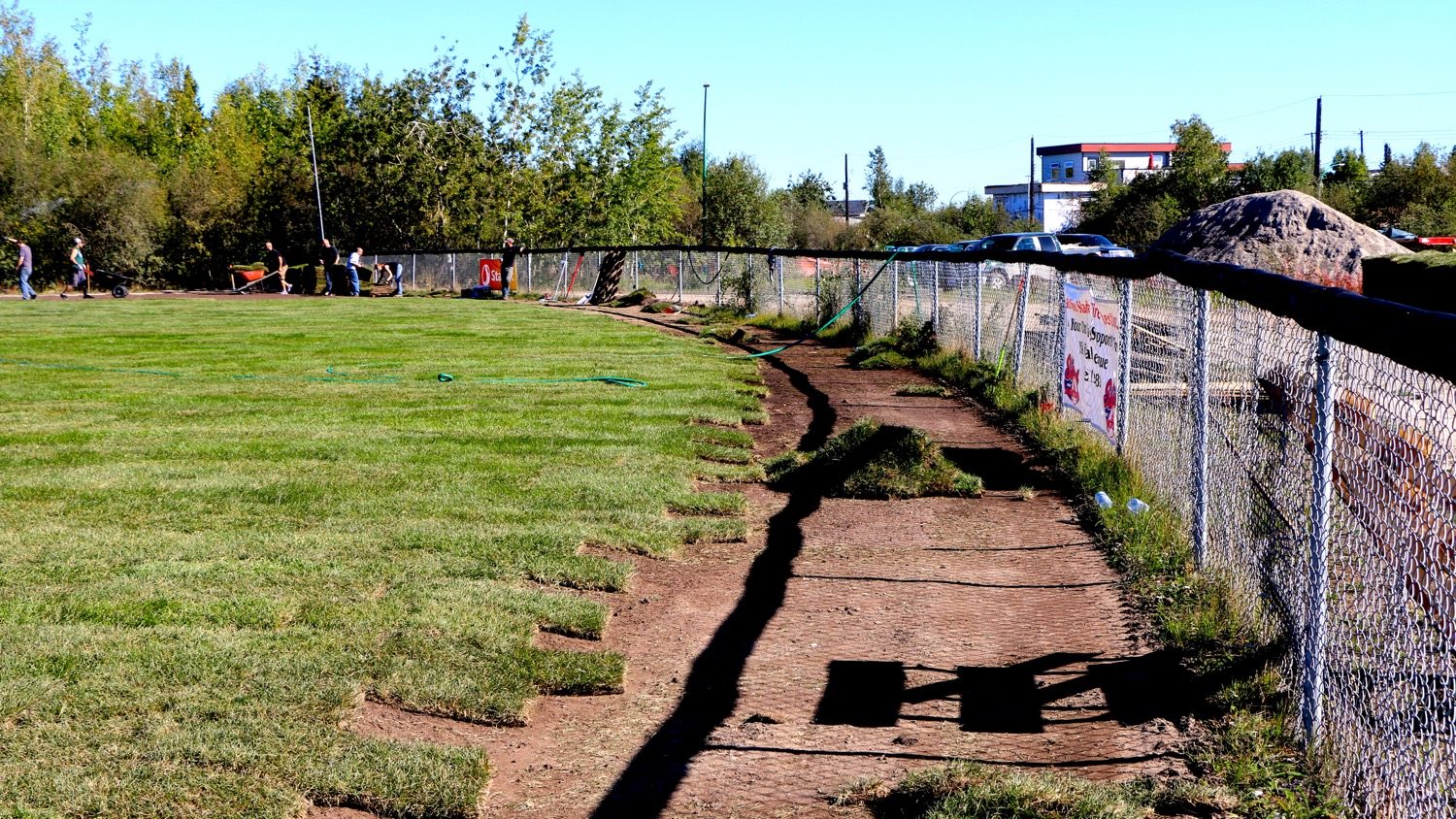 After a nearly decade-long volunteer-led reconstruction, Yellowknife’s Tommy Forrest Ball Park is ready for its close-up.

The Yellowknife Fastball League, in partnership with Yellowknife Minor Fastball, are proud to co-host the grand re-opening of Tommy Forrest Ball Park on Thursday, June 23. Festivities will begin at 5:30 p.m.

The grand re-opening will serve as the culmination of a process driven by and executed by the two non-profit associations, in coordination with the support of the City of Yellowknife and dozens of local small businesses.

Today, the field has been completely redone – with only the fence around the ballpark remaining from its initial iteration. Included in the new amenities are a playground and mural recognizing the history of fastball from artist Terry Pamplin, making the park a true community centrepiece.