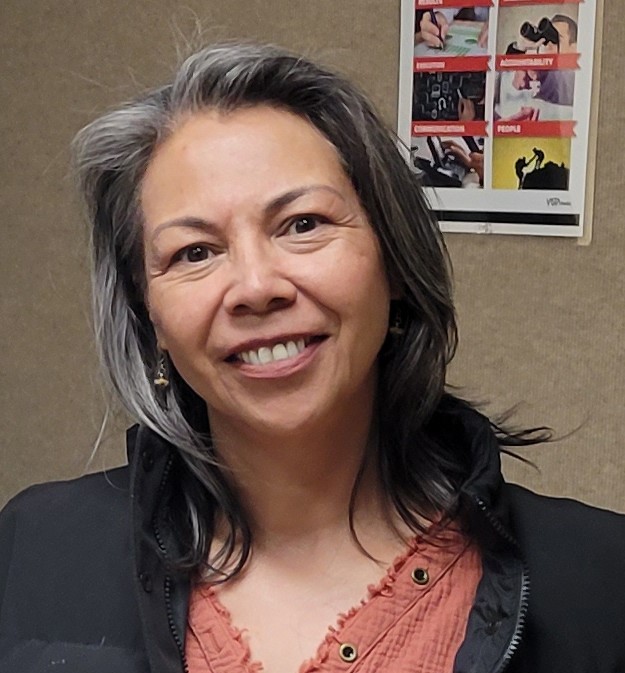 Lila Fraser Erasmus knows many traditional on the land teachings, which she all learned from her uncle.

“We would go for walks in the Bush and stuff, and I would always see him grabbing at things on the ground. I’d see him grabbing at trees. He’d always be looking down, and then he’d always stop and then he’d grab something and then he’d move on. And so I never understood what he was doing. So I was just a kid we’d be walking around, I’d pick a dandelion, I’d blow the fuzz and I’d move on. And, you know, and him understanding what all of that was and my interaction with the land and all of that. And how important that. And this is the way of our people, right. We just do, and we provide teachings that way.”

“And so that’s when I started doing my own. So I would take my spruce tips when they would come out in the springtime and I would infuse them into an oil and then I’d have my own Spruce Oil. So it’s all stuff that I make that’s from the land. And so anything that I make will always have infused plant medicines in there.”

“There’s so much going on when you’re on the land and things change and shift and you see things and you hear things there is more than just. See touch and the people that we can talk to. And so there’s other communication that we need to be aware of as well.”

And Lila learned firsthand that in the right moment, if you ask the land for something, it’ll listen.

“I was actually out and I was on a healing fast. And so I was up in the mountains and it was really scorching hot. It was like in the forties. So hot. I came out there. I was charcoaled. All you could see was teeth. It was great, but it was so hot. And so I standing on this mountain and I asked for some support. I said, “it’s really odd here. I just need some, some wind”. And so I was in the mountains, in the Yukon. And if you’ve ever been to the Yukon, you’ll know that there’s all these rolling mountains that just roll on top of you. It was eautiful. And when I said that I could hear the wind coming over the mountains and it came and I could hear it. It was going, and it came and it blued this wonderful, beautiful, cool breeze on my face. And I was surprised. I was like, “what?” And so what I had realized at that moment was that there’s supporters and guiders that we have you know, creator, our grandmothers and grandfathers that have gone on. before us they are there to support us. And they hear us, you know, when we spend time on the land and when we’re on the land and when we’re being respectful. And when we’re sharing that land, consciously sharing that land, it’s a different space. And so I had realized at that moment that the grandfathers had not sent the wind, but the grandfathers were the wind.”