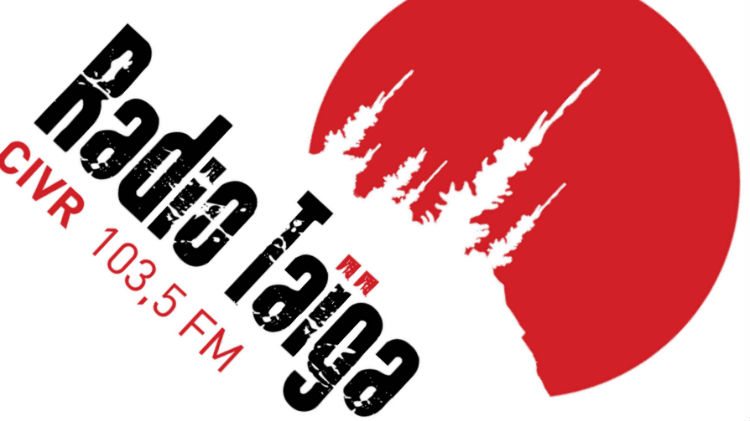 Yellowknife’s Radio Taiga is hoping for an increase in funding after the territorial government committed $400,000 annually to CKLB’s parent group.

CKLB, the territory’s Aboriginal-language radio station, had been off-air for the best part of a year until returning earlier this month with the GNWT’s financial assistance.

Although he understands why, Foisy is hoping the territory will look again at how it supports all community broadcasters.

“I was thrilled that CKLB was going back on-air and getting territorial funding that they absolutely need,” Foisy told us. “CKLB is an important institution for the NWT, they are the only people who really give public life to our Aboriginal languages.

“If CKLB goes voiceless, all these people are being strangled, basically. The first thing I did was tune in and catch the call-in show.

“On the other hand, though, I was kind-of gobsmacked by the discrepancy between the different pots of funding. We’re talking the government investing half a million dollars the other day – that’s a lot of money for any community broadcaster I know of.

“Meanwhile, myself and other community broadcasters can only access one pot of money territorially, and that’s capped to $6,000 per station each year. That’s not very much.

“It seems like the GNWT is interested in promoting or supporting public broadcasters. Maybe it would be time to step up for other community broadcasters which don’t have this licence that allows us to broadcast in Aboriginal languages.”

The territorial government told Moose FM it’s actively working to get more funding for stations like Radio Taiga, but the process is different.

“The difference between the two is we have an Aboriginal-language broadcasting program, which funds both the Native Communications Society (CKLB’s operator) and the Inuvialuit Broadcasting Society as well,” explained Olin Lovely, assistant deputy minister of corporate services at the Department of Education, Culture and Employment.

“We’ve increased funding for those because Aboriginal languages need to be heard across the airwaves in order to ensure the long-term survival of those languages. Right now, 7,200 people are conversant in their Aboriginal language, and that only represents about 38 percent of the Aboriginal-language population here. One of the best ways of ensuring that those languages and the cultures that are associated with them survive is to ensure that people can hear them on a daily basis.

“We’re very supportive of the French-language community and, while the money hasn’t gone up, we have requested additional money from the federal government in order to beef up the Community Broadcasting Grant program. We’re just in negotiations with them on the renewal of our cooperation agreement on French and Aboriginal languages and, in that, we have asked for additional money for community broadcasting. But we’re still in negotiations so I can’t really speak too much more about that.

“I’m hoping to hear something back soon, but it’s taking a while. Negotiations have been dragging on, in all honesty.”

Read: Loss of CKLB would be tragedy – Dennis Bevington

Lovely believes there were six applicants for funding under the Community Broadcast Grant program last year. Foisy says that program’s $6,000 cap has not changed in the years he has been with Radio Taiga.

“I can assure you, we do radio on the cheap at Radio Taiga,” he said. “We are notorious for being thrifty and I think that’s part of our personality. With that $6,000, I can pay for a month, maybe a month and a half of our operational costs. Then I have to find other funding, sell ads, or beg listeners for donations.

“I’m not talking about a half-million-dollar pot like they have for Aboriginal languages. If there was a $100,000 pot for all community radio stations and we could apply to such a program, and do our reporting – it’s public money, we need to be transparent about how we use it – I’d definitely be willing to do that.

“All media organizations right now, throughout the world, are struggling because of the redefinition of how we consume media – and that’s especially true for community broadcasters. We’re not making a profit, I can tell you that.

“The way it’s going, I don’t know how many years we can stay on-air at the current rate.”