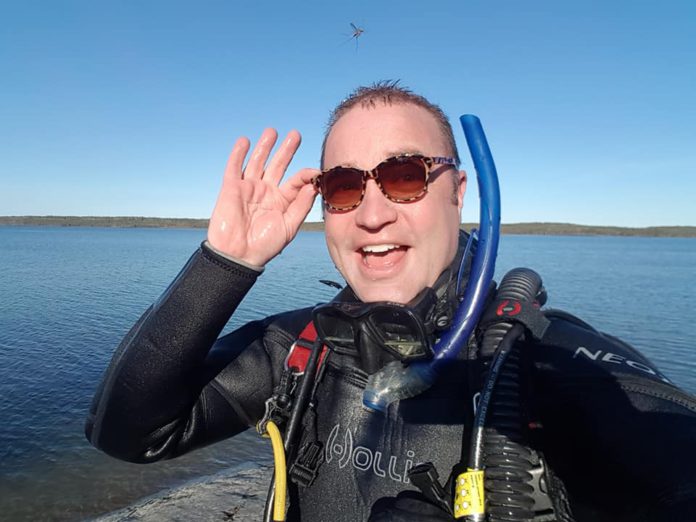 What started off as one guy’s hobby soon turned into a Facebook page with over 3000 likes, and then it turned into a successful community TV show for this True North Tale I sat down with Jeremy MacDonald, the creator of Shit I Found Diving in YK Jeremy’s always had an interest in diving but the ball really got rolling on a fishing trip with his son, when they found a bunch of fish hooks under the water, and they had an impromptu fish hook garage sale, this got people to contact Jeremy and be like, Hey, I lost this and this link and you go find it. And this started Jeremy’s reputation as the guy who can find stuff that you’ve lost in the lake. One day Jeremy was just diving and found a big battleship sized anchor, and it was this anchor that would take his hobby to the next level,

It almost seemed like fate when Jeremy and his friends went to Top Knight for wing night and when they got there they found that it wasn’t only wing night but there was also a contest going on to pitch your own TV show,

Throughout his years of diving Jeremy’s found out, you’d never really know what you’re gonna find under the water,

Filming the show for community TV has allowed Jeremy to dive in some pretty incredible places.