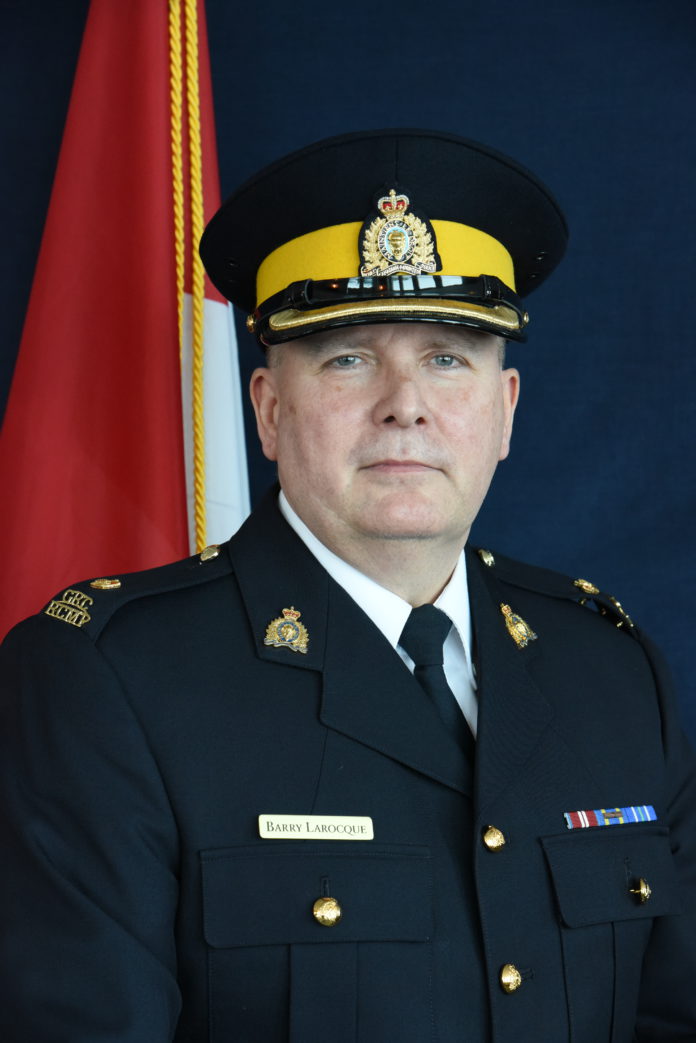 Inspector Barry LaRocque has been appointed as the new Officer in Charge of the NT RCMP South District.

LaRocque has been with the RCMP for the past 28 years, most of which was spent in Alberta.

Since June 2019, LaRocque has been in Yellowknife serving as the Liaison between the GNWT Department of Justice and the RCMP.

Larocque says during his time as the OIC of the South District, he wants to promote community policing as much as possible.

“Our members are involved in the communities they live in and police. From coaching to assisting elders, to feasts, it’s all about good relationships with our citizens,” adds Larocque.

“Insp Larocque is committed to incorporating acts of reconciliation into the policing service within our communities,” they add.

LaRocque was sworn into the RCMP in October 1992 and from December 1998 to December 2011 he was posted to different plain clothes investigation sections within Alberta.

From December 2011 to January 2017 he moved back to uniform duties, followed by a stint as a Detachment Commander.