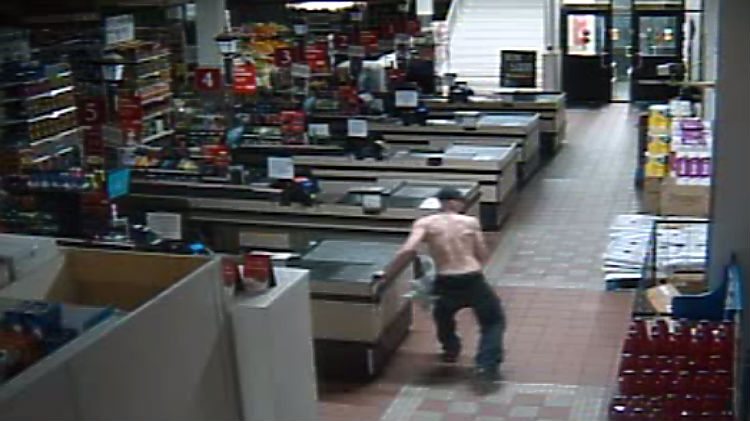 Police have arrested and charged a man in connection with three recent thefts from Yellowknife stores.

RCMP believe Scott Banks, a 35-year-old from British Columbia, is behind all three incidents.

Shoppers Drug Mart, on 49 St, reported a man stealing unidentified items from the store on May 9.

Four days later, Your Independent Grocer’s downtown location recorded surveillance footage (shown above) of a man breaking in before reportedly helping himself to “a significant amount” of cigarette cartons.

On the same day, Canadian Tire on Old Airport Road claimed a man had entered the store twice – once in the morning, once in the afternoon – and removed a TV set each time.

Banks is due in court on Wednesday. He faces one count of break and enter, three counts of theft under $5,000, and one count of failure to comply.