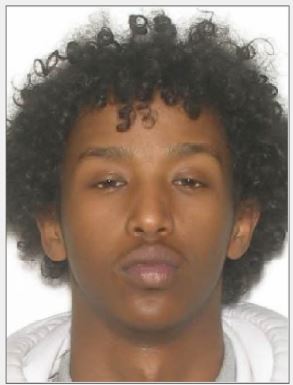 The NT RCMP Major Crimes Unit are renewing their request for public assistance to locate Ahmed Mohamed wanted for Murder and Assault Causing Bodily Harm. RCMP have not been able to locate 21-year-old Mohamed aka “Scotty” and the warrant remains outstanding. Mohamed faces charges of Murder and Assault Causing Bodily Harm related to the October 31st homicide.

The RCMP believes Mohamed may have left the Yellowknife area, with Edmonton and Toronto being cities of interest. As the NWT borders Alberta, the main road system out of the territory and communities along it are of interest as well.

“At this time, we believe Mr Mohamed may have fled the area and we are seeking any information that may indicate his whereabouts, either currently, or over the past 18 days. The investigation still indicates this is not a random incident. While there may be some element of risk to the public, we do not believe there is imminent danger to the general public. We advise extreme caution. Do not approach and call RCMP if you see him or know where he is” states Cst Matt Halstead, NT RCMP Major Crimes.

Ahmed Mohamed is a black male, 5’7”, 110 pounds with black curly hair, which may be braided, and brown eyes. Anyone who sees Mohamed is asked to call NT RCMP Major Crimes immediately at 867-669-1111. If an emergency, call 911 and clearly state it involves Ahmed Mohamed wanted for arrest for murder in the NWT.