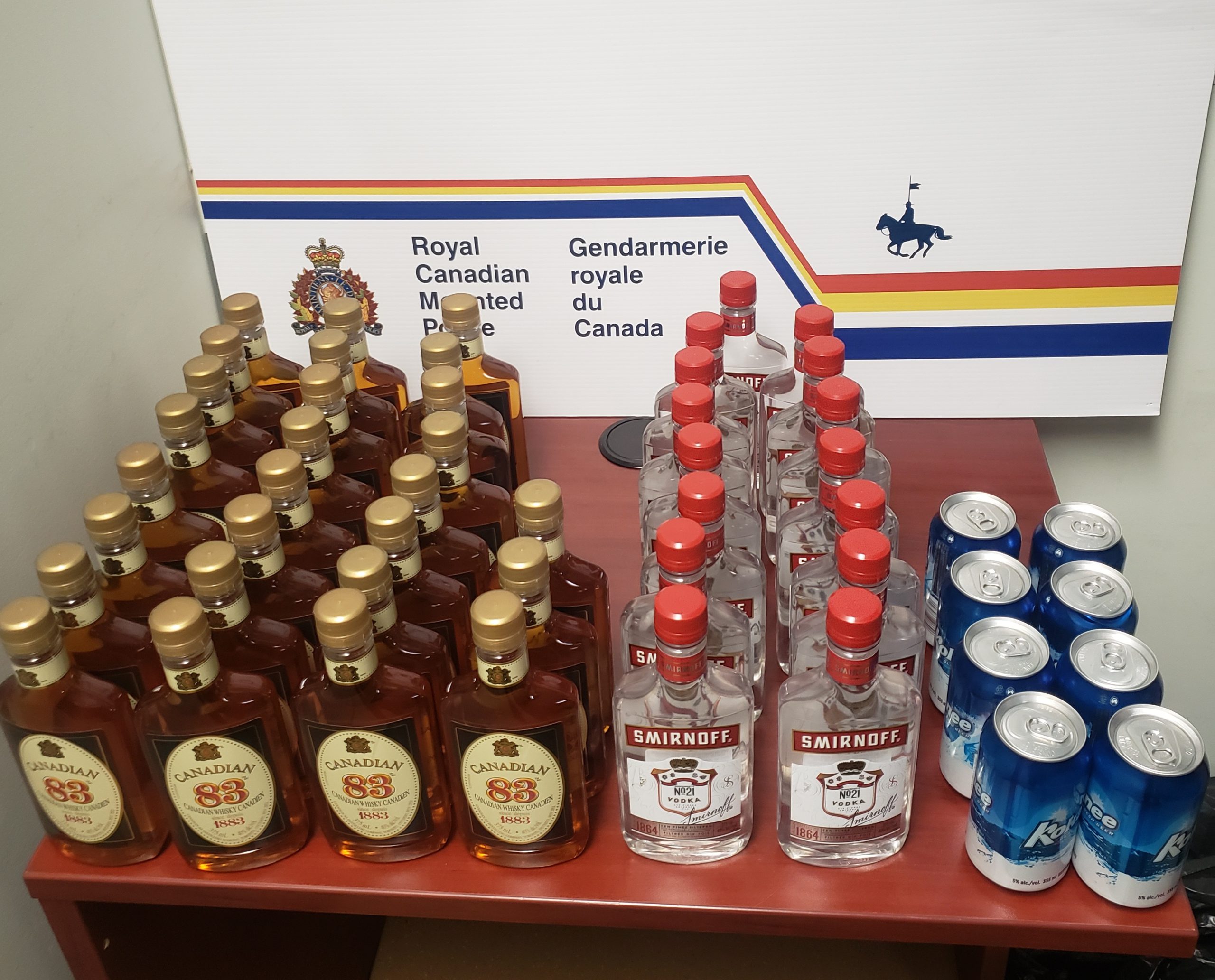 RCMP members seized 42 x 375 ml bottles of liquor and eight cans of beer. After an investigation they discovered the alcohol was destined to Whatì.

This seizure is significant as it would have entered a prohibited community under the NWT Liquor Act states Staff Sergeant Yannick Hamel, Yellowknife RCMP Operations Manager.

“The alleged sale of illegal alcohol is very concerning. It is targeting the most vulnerable citizens and harming our communities. It is not a victimless crime.”

The investigation is ongoing and no one has been charged at this time. Yellowknife RCMP would like to remind residents who have information about suspicious activity to call the detachment at 669-1111.