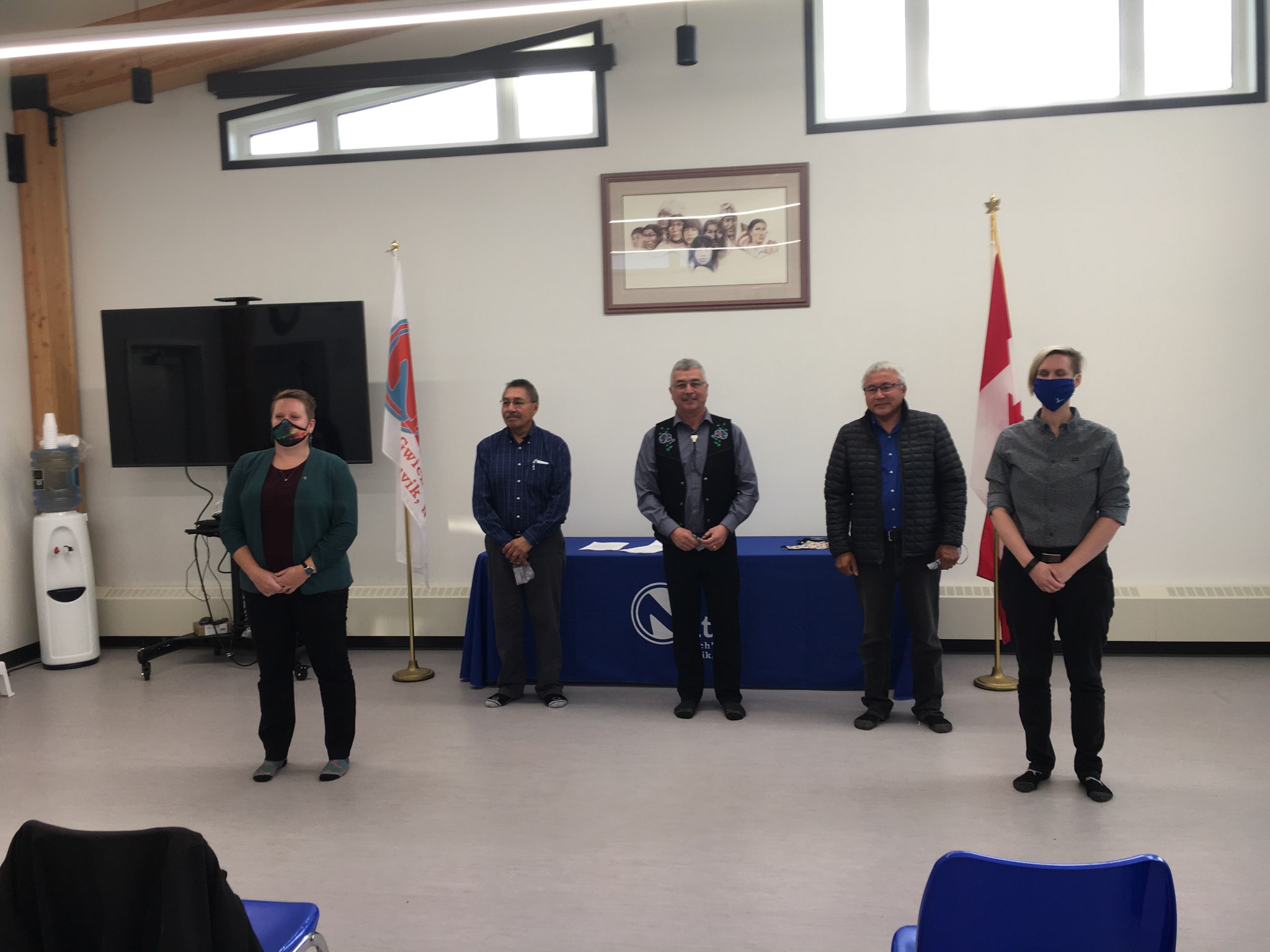 NWT MP Michael McLeod announced over $8 million for eight community-led clean energy projects in the NWT that will support communities in building a cleaner future by reducing reliance on diesel fuel for heat and power while creating jobs.

McLeod stated that the North is feeling the effects of a changing climate more than anywhere else in Canada.

Biofuel boilers reduce greenhouse gas emissions compared to diesel, but fuel can be more costly depending on storage and shipping costs of transporting timber.

“The advantage with a liquid is it is easy to store and it’s easy to ship,” said Murray Thomson, an engineering professor at the University of Toronto. “The problem with wood chips is it’s not very energy dense.”

“You don’t want your chips to come from far away or it gets very expensive.”

Thomson added diesel is fully combustible, but biofuels are not. Depending on what kind and size of fuel is used, ash will be produced by biofuels that can impact air quality.

“But if you’re talking about an isolated community, air pollution is probably not a big deal,” he said. “It’s probably a very small boiler anyways.”

Inuvik’s biofuel boiler will use wooden pellets, which are smaller and easier to ship. Most of the fuel will have to be driven in on trucks, said Inuvik Mayor Natasha Kulikowski.

But switching to biofuels would still save Inuvik around $59,000 a year, according to Kulikowski.

“That is why we have been working with Inuvialuit language experts to develop resources that are culturally relevant, timely and accessible to all age groups and communities across our entire region. Our latest publication, Siqiniqmin Aullan, will allow entry to basic concepts and support engagement in discussions that are fundamentally important to our collective future as Inuvialuit.”

Mark Heyck, Executive Director, Arctic Energy Alliance notes that community energy planning is an important step for northern communities to determine for themselves how they use energy and how they can move toward cleaner sources of energy that save northerners money and help to fight climate change.

Tim Tutcho, Deline Gotine Government Energy Champion notes that the additional support provided by the Indigenous Clean Energy Social Enterprise and the Pembina Institute through this program helped to build local clean energy capacity in the community which enabled them to install a 30 Kw solar PV system for the community’s Grey Goose Lodge hotel..

“This program provides a once in a lifetime opportunity to reduce our reliance on diesel power for our remote community. This is the first hotel in the North that is 100-percent owned and operated by the Self-Government and will now be powered by clean, renewable energy”

With files by Bailey Moreton.