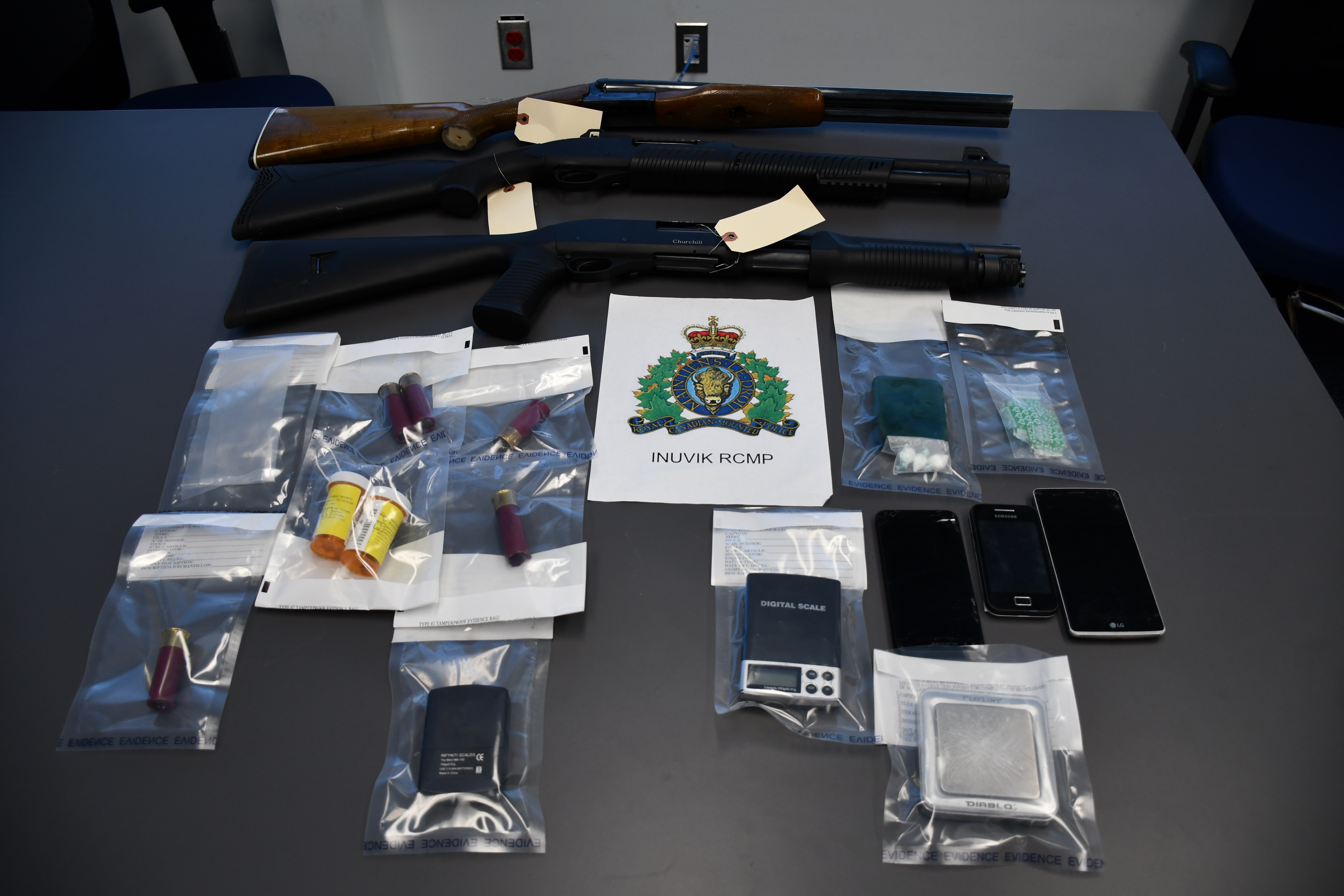 On Wednesday, February 12th, Inuvik RCMP learned an individual subject to a recognizance out of Alberta was at a hotel in Inuvik and in breach of his release conditions.

Inuvik RCMP attended the hotel and apprehended the individual. During the arrest, police observed drug paraphernalia in the room. Three other occupants of the room were arrested for possession.

Police were granted a Search Warrant under the Controlled Drugs and Substances Act, for the hotel room and one of the suspect’s vehicle. As a result of the search, three shotguns, ammunition, drugs, digital scales, cell phones and packaging materials were seized by police.

As a result, two individuals were charged with drug possession and firearm related offences.

“Drug trafficking has a profoundly negative impact on our community. The consequences are widespread, ranging from negative health, social and financial outcomes to an increased risk of exposure to violence” states Sergeant Grant Thom, Inuvik RCMP Detachment Commander.