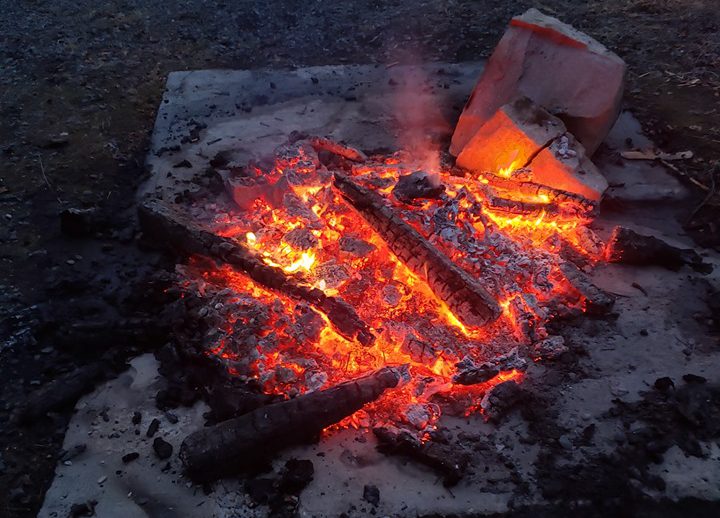 Dry conditions and extreme fire danger has prompted fire bans across South Slave parks and the closure of one park.

“Camp stoves, enclosed BBQs and propane-fueled cooking and heating devices are permitted,” the department states. “They must be placed within regulation fire pits and should not emit a flame more than 0.5 metres in diameter and 0.5 metres in height.”

Eleven fires have started in the South Slave region this wildfire season, of those seven have been declared out. Four fires are burning in the region, all lightning caused, including two fires in the Kakisa area both being monitored for values protection and two within 50 kilometres of Fort Smith both expected to be under control by Wednesday.

NWT Fire is also looking south as a wildfire north of Steen River is out of control at over 750 square kilometres. Firefighters are planning and doing structural protection near the border, in the event that the wildfire continues moving north into the NWT.

Campfires left burning could be a real problem this summer: YK fire chief