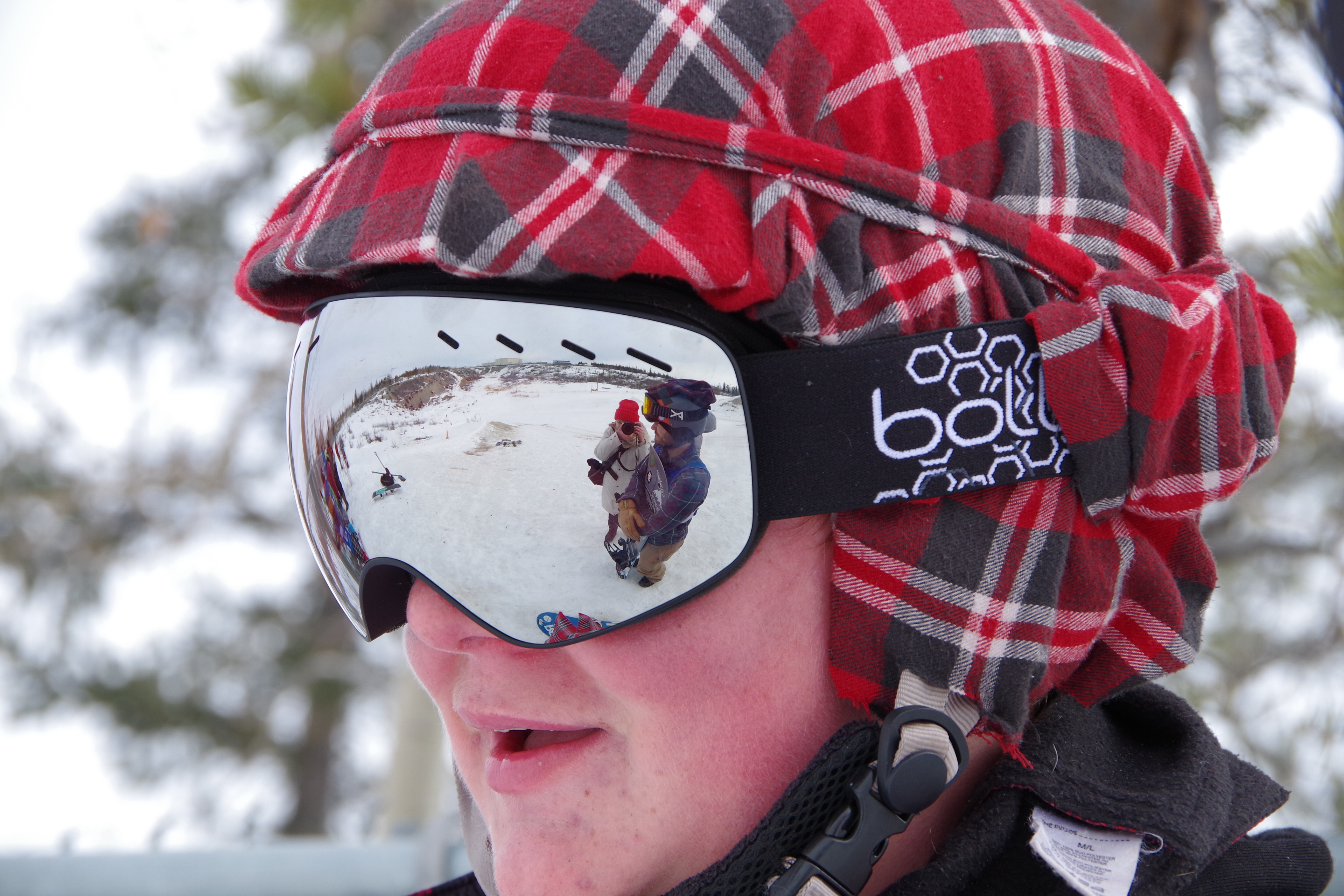 The first annual Flannel N’ Ride was a hit says Chris McGee, park coordinator at Yellowknife’s Bristol Pit. And it won’t be the last time you see riders weaving their way through a bank slalom course wearing their flannel best, as the event is set to make a comeback next year.

Saturday’s competition took its inspiration from the name and very local culture of the Old Town Ramble N’ Ride as well as the longest-running event in snowboarding history – the Mt. Baker Legendary Bank Slalom. McGee says it was designed to be a fun, accessible and very Yellowknife competition.

“A banked slalom, it’s basically like in skiing a giant slalom course, except we build the turns out of a snowbank,” he explains. “It has been a big part of snowboarding’s history for 30 plus years and it’s a big part of its heritage.”

McGee says he’s never seen a flannel-themed bank slalom. “It remains to be seen,” he says when asked whether this event could be the first of its kind. “These events, banked slaloms, they don’t take themselves very seriously. Everyone’s just out to have a good time. We encourage people to dress up, wear flannel and be a bit ridiculous.”

Winners went home with a wooden DIY-trophy adorned with a roll of plaid duct tape, a nod to the coveted rolls of gold, silver and bronze duct tape trophies at the legendary Baker competition.

These types of events are also accessible to anyone who can strap on a pair of skis or a snowboard and be able to turn, McGee says. “Right now it’s all about participation,” he adds, “So it’s about reducing barriers to entry, making it as easy as possible to get into the sport of snowboarding.”

Reducing barriers also means keeping season’s passes prices down and keeping the hill running so beginners don’t have to travel to try out the sport. In the three winters he has been here, McGee says he has seen ridership grow. “We notice we definitely have a core group of people, both older and younger, who come out and ride regularly.” He’s seeing some young riders who’ve just started the sport this year ‘carving very strongly, they’re starting to go off the bigger jumps and rails and they’re starting to dabble with tricks.’

Over 20 competitors rode in Saturday’s event, officially named The First Ever Ragged Riders Flannel N’ Ride Banked Slalom. Together with family and onlookers, around 40 people were at the pit for the day.

READ MORE: Snowboarding in the NWT has just been revolutionized

The Bristol Pit season is winding to a close after opening earlier than usual December 1st. McGee says this coming weekend is a good chance to check out the entry-level hill, as it is set to remain open until April 14th or longer depending on conditions.