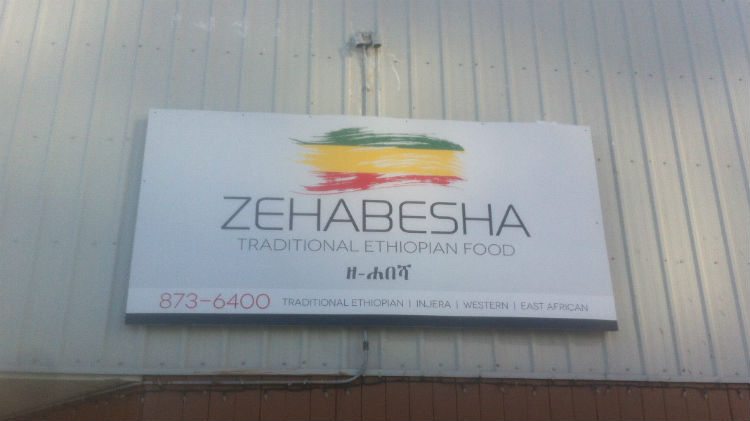 The owner of Yellowknife’s authentic Ethiopian restaurant says times are slowly getting better for his business, and that he has social media to thank for it.

But Tadesse says four relatively slow months and no money for advertising had him questioning if the restaurant could survive.

Read: Yellowknife Business Owners Urged To Have A Plan For The Worst

Originally coming to Canada in 1997, Tadesse lived in Winnipeg before moving to Yellowknife in 2010.

Shortly after his move north, Tadesse started working 16 hours a day between Independent (formerly known as Extra Foods) and Javaroma.

But his focus now is to expose the Yellowknife community to authentic Ethiopian cuisine and culture through Zehabesha.

“The target for us is that everyone comes to know our tradition. We’re not running this for profit, we want to introduce our food and our culture.”

In order for Zehabesha to break even, Tadesse says the restaurant needs to bring in anywhere from $750 to $825 a day. He admits the restaurant was pulling in about a third of that during slower times.

Tadesse, who also drives for Aurora Taxi to make ends meet, told Moose FM he especially feared for his business around Christmas time.

“We have to struggle but we have to show the community the culture and the food.”

“[Elias and I] have to drive because we have to get some coverage. I didn’t get any salary for the last two, three or four months.

“I’m working for the family company for nothing and spending from my own pocket because this restaurant must stand to serve the people.”

Read: Yellowknife Brew Pub Could Open Its Doors In June

Luckily for Tadesse and his staff, figures for March have been “encouraging” thanks to word of mouth and positive feedback online.

“New customers are coming day by day. When we get some advertising, Facebook and Twitter, hopefully they will come and they will appreciate the food,” he said.

“Our food is 95% not frozen, it is healthy and fresh with vegetarian options and most of our spices are coming from back home.

“That’s why the taste is really nice and people like it.”

Tadesse remains hopeful that the restaurant will see even more customers come summertime.

He also says Zehabesha will look into advertising and ways of increasing its presence online.

“My hope is that I will succeed. When you fall down, you have to try one time, two times or even three times to get back up.

“We want to make the Yellowknife community happy. If they are happy, even if we don’t get any benefits, we will still be happy.”