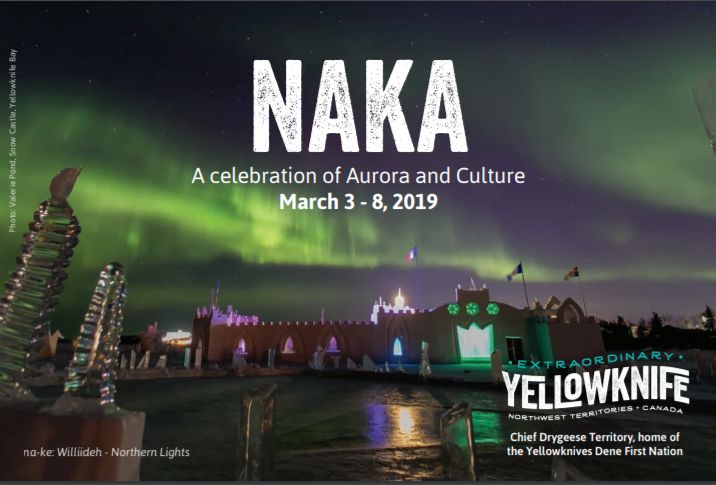 A new festival is coming to Yellowknife. The City of Yellowknife, The Yellowknives Dene First Nation, The Government of the Northwest Territories and The Prince of Wales Northern Heritage Centre have partnered for the upcoming “Naka” Festival. Naka is a celebration of the aurora borealis and Dene culture.

The festival will run from March 3rd till the 8th with story telling, drum prayers, art demonstrations, photography courses, science courses on the aurora borealis throughout the week. The event will also hold a screening of Aurora Triptych in the Snow Castle; a Yellowknife aurora time lapse film that has been recorded to a live ten piece orchestra which has been screened across North and South America.

“Having a new destination event that celebrates the aurora and Dene culture in Yellowknife is a valuable addition to Yellowknife’s festival scene and gives our visitors an incredible opportunity to learn more about where they are visiting,”

The event will also celebrate the opening of the newly opened Dene Artisan shop in Dettah. Here is the schedule for the event:

In Awe of the Northern Lights; The Science of the Aurora at the Prince of Wales Northern Heritage Centre – Free

For more information on the festival, head to the city’s website here.